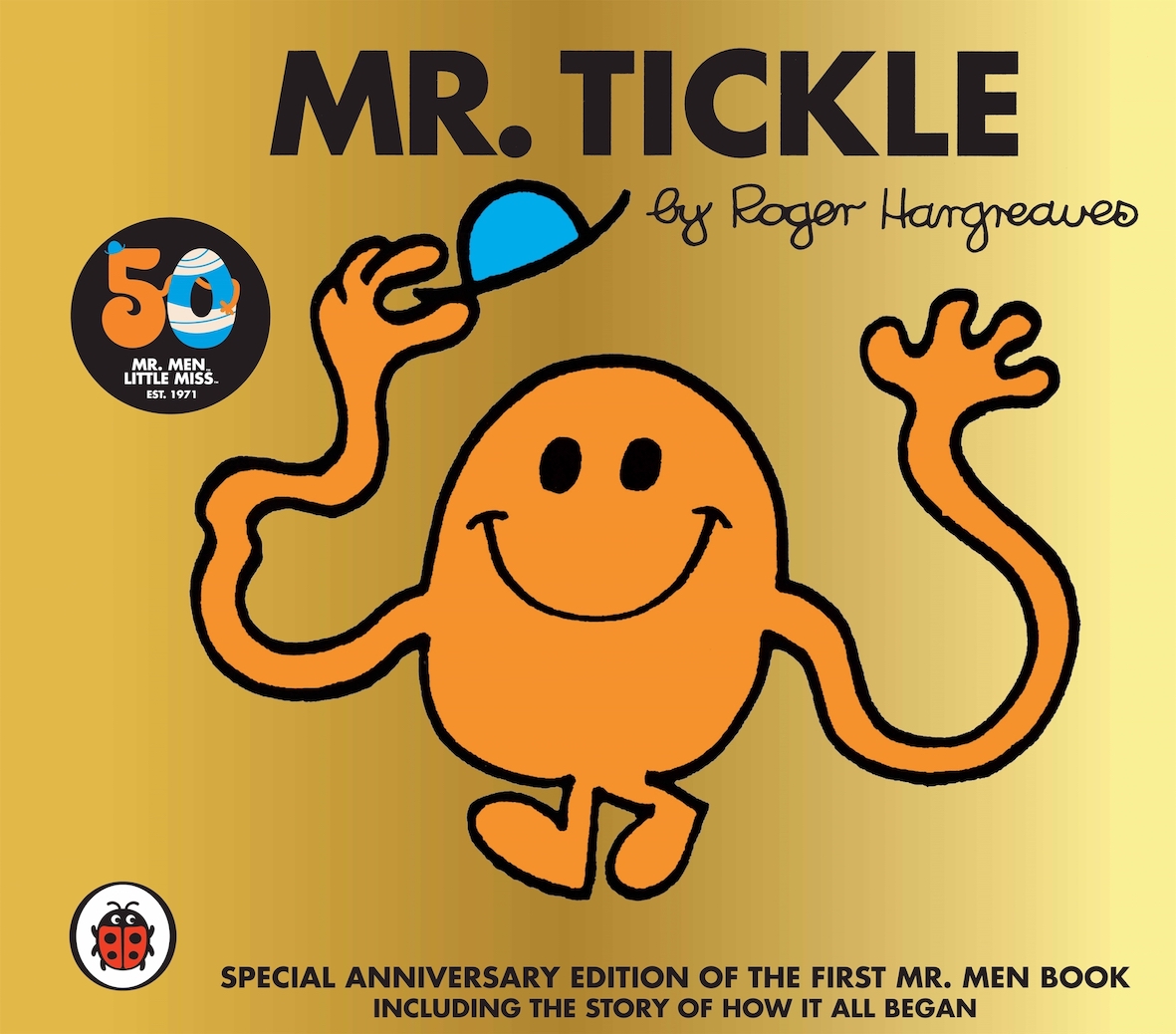 Enjoy the story that first introduced Mr. Men to the world in this gold-foil 50th anniversary edition!

The late Roger Hargreaves founded Mr. Men in 1971, when his then 8-year-old son, Adam Hargreaves, asked ‘What does a tickle look like?’ In response, Roger drew a figure with a round orange body and extraordinary long arms and Mr. Tickle was born. Mr. Tickle then went on to sell a million copies in just three years. Now, 50 years later you can enjoy this special upsized edition of the classic story with a bonus backstory about how it all began.

To celebrate the anniversary, we have three Mr Tickle prize packs (RRP $50) to giveaway!