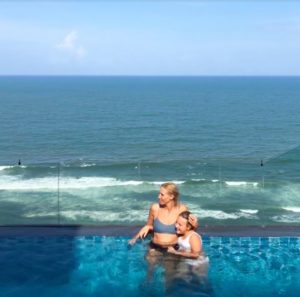 My travel agent friend is one of those who’d returned from a recent visit raving and when she suggested it to us we were weighing up our options for a July escape that was warm, wouldn’t blow the budget, and wasn’t Bali, since we’d already been lucky enough to sneak in a cheeky trip there earlier in the year.

As for the question of safety after the Easter attacks, it is a sad reality of our world that no travel, domestic or international, is immune from risk.

Not surprisingly though the crucial tourist industry has taken a big hit and we were greeted with warmth, gratitude and relief at every location. (Greet me with a cold towel and a tropical juice on check-in and I’m yours forever.)

And security was super-tight. 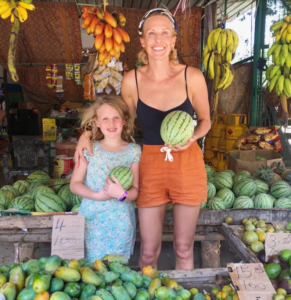 A three hour flight delay for me in the Gold Coast post-Logies saw us miss our plane to Colombo and spend a day in arctic Melbourne with a suitcase of summer clothes.

Oh and we lost a child on a hike. And I accidentally exposed myself to a monk.

We climbed spectacular Piduragala and on the descent the two eldest went ahead, Milla issuing the challenge that the last one down would be declared a rotten egg. 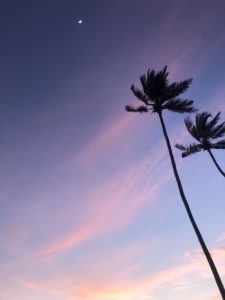 The humidity was already wreaking havoc with my hair and I had strained a hammy underestimating the leaping distance between two boulders so I was in no position to take up her challenge. When we made it to the bottom she was nowhere to be seen. We concluded she must have become impatient and continued the rest of the journey to the car, despite this involving a walk through a temple.

The rules of the temple dictated that women must cover bare skin and so my Lululemon bike shorts were hastily wrapped in a supplied sarong as I hurried down the stairs to solve the Mystery of the Missing Middle Child. So hastily wrapped in fact, that the piece of fabric would fall off and expose my legs just as a monk ascended towards me. I apologised profusely. Told him orange was his colour. 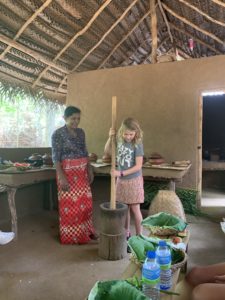 Milla was not at the car. A mild panic began to set in as scenes from Picnic at Hanging Rock began to play out in my mind.

“When was the last time you saw her?” I asked the eldest, who promptly burst into tears.

“Please don’t say that was the last time I saw her, ever” she sobbed, largely I suspect because we had now been out of wifi range for the best part of three hours.

I found myself wondering how long local authorities would take to arrive to start a search party and whether it could be wrapped up in time for happy hour back at the hotel.

No point searching in the dark.

Her father doubled-back along the track and found her some ten minutes later after having taken a wrong turn. She was bemused by all the fuss that had been made. 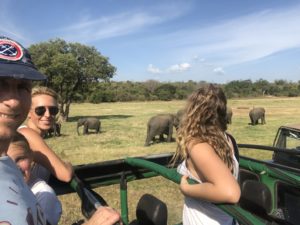 The highlights for the kids were the incredible wildlife encounters.

We saw herds of wild elephants from an open-topped jeep, visited an orphanage where baby elephants were hand-fed milk and held three-day old turtles hatched in captivity before their release to protect them from animal and human predators.

The highlights for me, much-needed downtime, days spent by the pool and on palm-fringed beaches. I read two books. I consumed exotic curries, cocktails and over-indulged on the breakfast buffet. 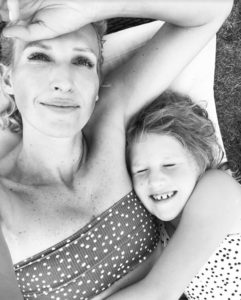 We had conversations that didn’t just revolve around day-to-day logistics.

And we implemented a new buddy rule on future hikes.

Hit me up if you need any Sri Lanka travel tips, excluding monk etiquette. 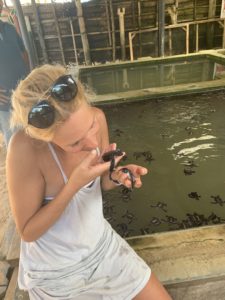 PLACES WE LOVED IN SRI LANKA

We flew Sri Lankan Airlines direct from Melbourne and booked through hollydaytravel.com.au