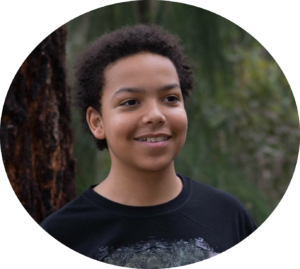 DO YOU LIKE YOUR MOVIES FULLY HUGGABLE? IT’S NICE SOMETIMES, RIGHT?

Yi (voiced by Chloe Bennet), is an introverted teenage kid living in a huge city that looks a lot like Shanghai who finds a frightened yeti—an abominable snowman—hiding on the roof of her apartment building. Yi names him Everest.

Along for the ride are Yi’s two neighbors, classmate Yin (Tenzing Norgay Trainor) and his younger cousin, Peng (Albert Tsai). Together they embark on a 2,000-mile journey to reunite Everest with his family in the Himalayas. There are evil forces chasing after Everest in the form of Burnish (voiced by Eddie Izzard), a billionaire explorer-turned-collector, who owns the facility that had been experimenting on the Yeti before he escaped and his and his nasty second-in-command Dr. Zara (Sarah Paulson) who only pretends to be nice. Boo hiss.

The kids have a cool adventure with Everest, crossing exotic regions and utilizing Everest’s magic powers. All the while, they must escape the grown-ups trying to capture Everest.

The animation style is awesome and together with the music, (Yi’s prodigy-level violin playing) makes for a magical, colorful journey from the streets of Shanghai across the Gobi Desert to the cliffs and mountains where Everest hopes to be reunited with his parents.

Everest who looks like a cross between a Pomeranian and Hayao Miyazaki’s Totoro and is big, fluffy and playfully unsophisticated. If you like your movies simple, sweet and filled with giant blueberries, we’ll see you at Palace Nova Prospect.