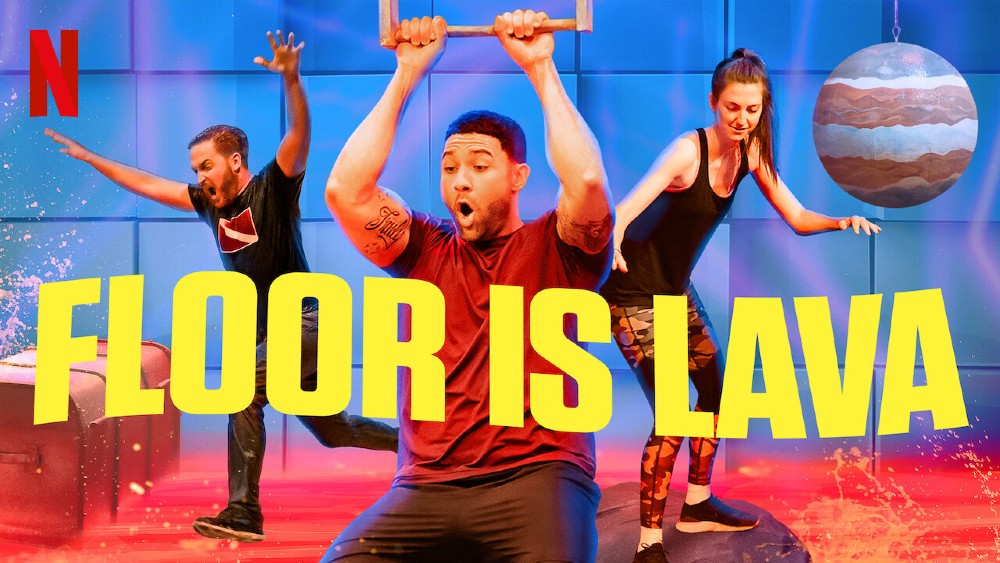 Need some silly family entertainment? Enter The Floor is Lava

Netflix has provided so many binge-worthy classics for me over the years, and never before have we needed it so much, headed into a long cold winter, after an even longer and boring-er (yep I just made up a word… clearly I’ve been hanging out with the kids for too long) pandemic.

The time for entertainment is NOW.

I asked. and Netflix delivered, with The Floor is Lava.

I like to say The Floor is Lava is like the illegitimate love child of Wipe Out and Ninja Warrior. It’s got the gags and the obstacles reminiscent of the Human Pinball and the Sucker Punch from Wipe Out but the contestants appear to be taking it as seriously as your would-be Ninja Warriors.

The great thing about The Floor is Lava on Netflix is that, where Tiger King and and Love is Blind came before it with lockdown lifesaving entertainment to get us through the long lonely nights of not being able to socialise (which were much like my long lonely nights of not wanting to socialise in the preceding 38 years of my life).. is the genre.

The Floor is Lava is family friendly.

Carole Baskin feeding her husband to the Tigers….less so. 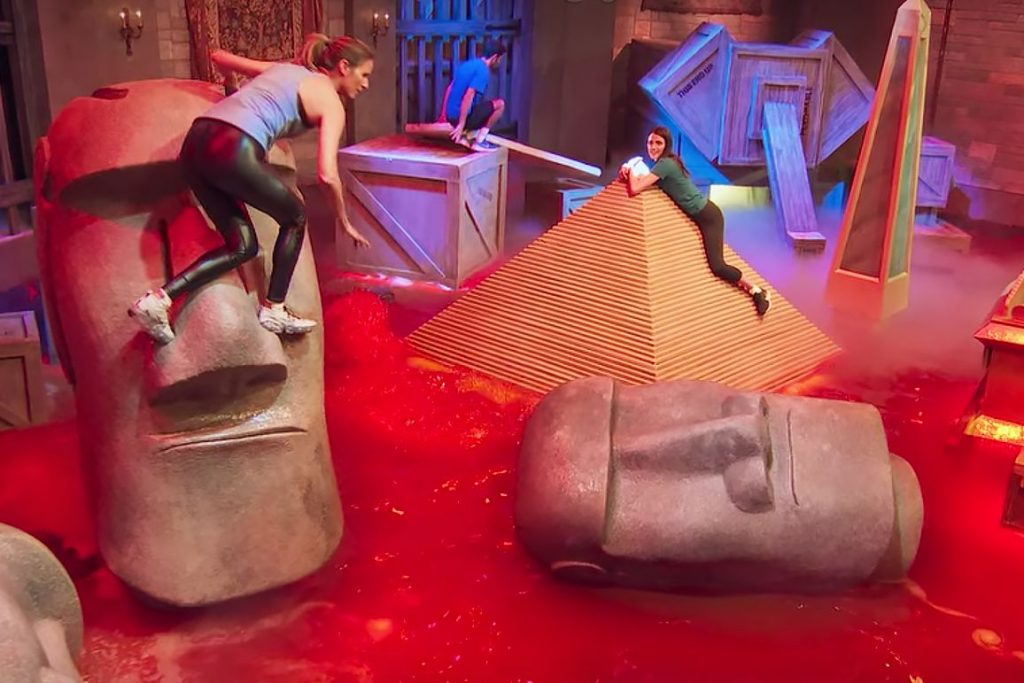 So what is The Floor is Lava on Netflix?

I don’t mean to state the obvious guys, but… the floor… is lava. Like actual lava.

Or… water coloured to look like lava at least, and it even bubbles and fizzles so it looks as much like the actual stuff as you can make water with a sh*t ton of food colouring in it look.

It’s basically just what it sounds like; a riff on that game our kids play, the floor is lava. You pretend the floor is (spoiler alert) lava… and navigate yourself around as many obstacles in your path without touching the floor.

The Netflix series pits three teams against one another each ep, as they attempt to navigate elaborate sets (which change each episode to keep things interesting), and make it across the finish line without melting into the lava.

Why is it so fun?

I mean for me it was kinda fun because I convinced my children that it was real lava and when the first contestant missed a jump and plunged into the bubbling depths of blazing hellfire and never resurfaced, they were equal parts horrified and morbidly (perhaps…disturbingly?) elated. 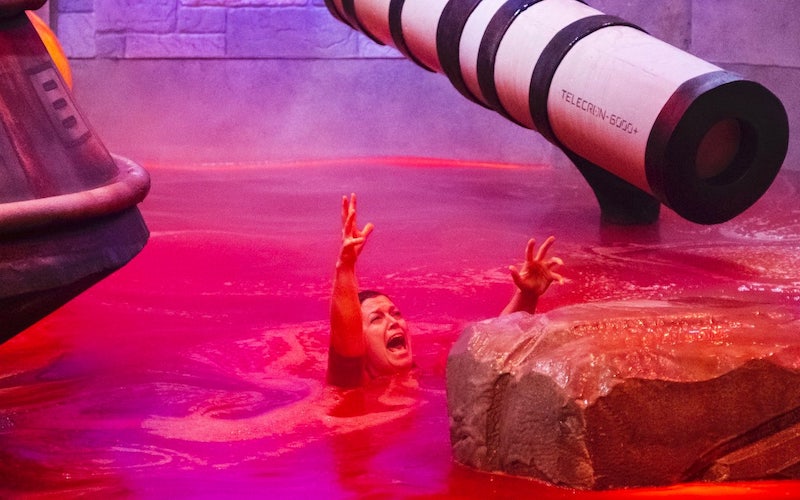 It’s fun because the effects, lighting and stunts kinda do make you think that it’s real lava, and clever editing means we never see fallen contestants surface after they fall to their doom, so it heightens the drama, especially for little people who aren’t jaded by the ways of clever TV editing and splicing to make things that didn’t happen look and sound like they happened (I’m looking at you, production people behind The Bachelor).

Another part of the fun is that they make each set look like rooms of actual houses. So it really sparks the fire of imagination in the kids, drawing from their own game play at home where each sibling tries to make a death defying dive from the couch to the ottoman without losing life nor limb to the lava.

Hey I’m the first person to put my hand up for low grade entertainment, so I’m here for The Floor is Lava, and when I can’t take a minute longer of one of my kids talking at me about Minecraft, I’m happy to hand over the remote.

15 classic 90’s movies to revisit with your kids