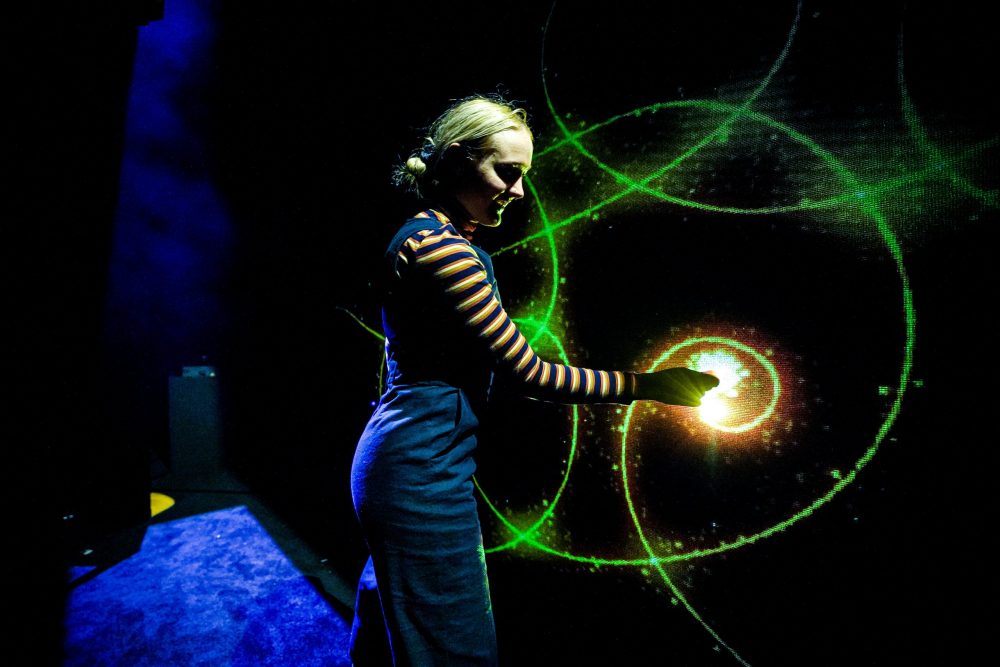 Who hasn’t been struck by the prettiness of fairy lights adorning a tree? Or had fun dancing on a light-up floor in an arcade game?

There’s something about light that delights us all, and yet, it’s rarely celebrated in its own right.

Enter ZOOOM – a Patch Theatre show, part of the DreamBIG Children’s Festival this month. The Aussie performance is ALL about the light. 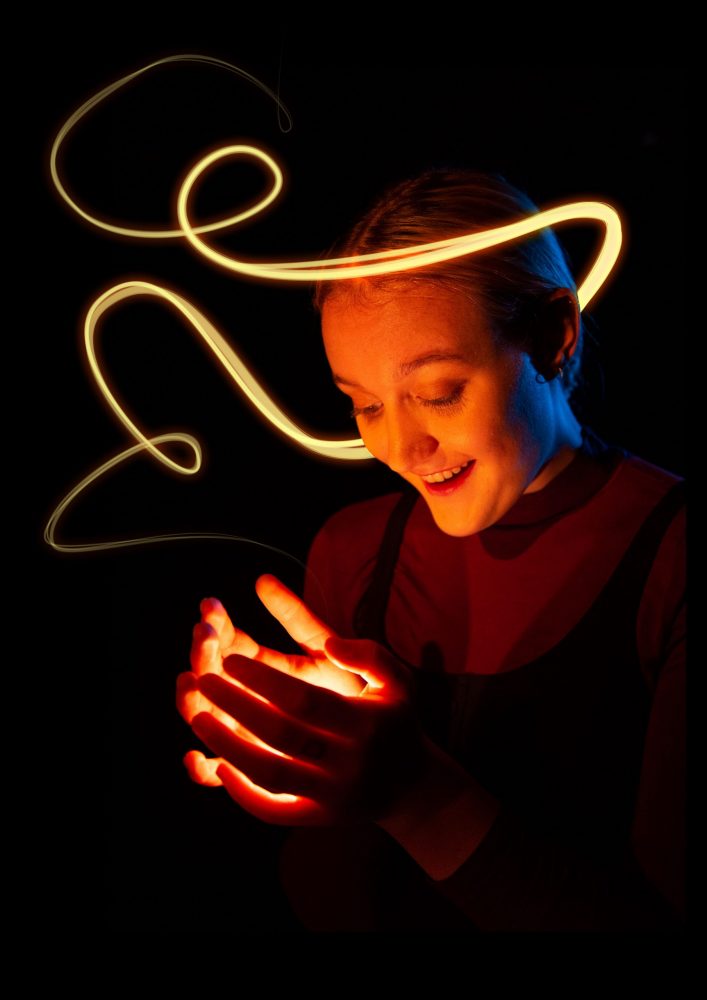 Barely any words are spoken during its 45-minute run. The focus is on one female performer (SA’s Temeka Lawlor), an animated alien, and lighting in various, clever forms … laser beams, light-up ropes, floating lights, atmospheric sheets of light, glowing animation that melds with real life, and beyond.

Before the show began, each audience member was given blue LED lights to hold. In exchange, we had to put handfuls of ‘darkness’, from the shadows, into a sack. 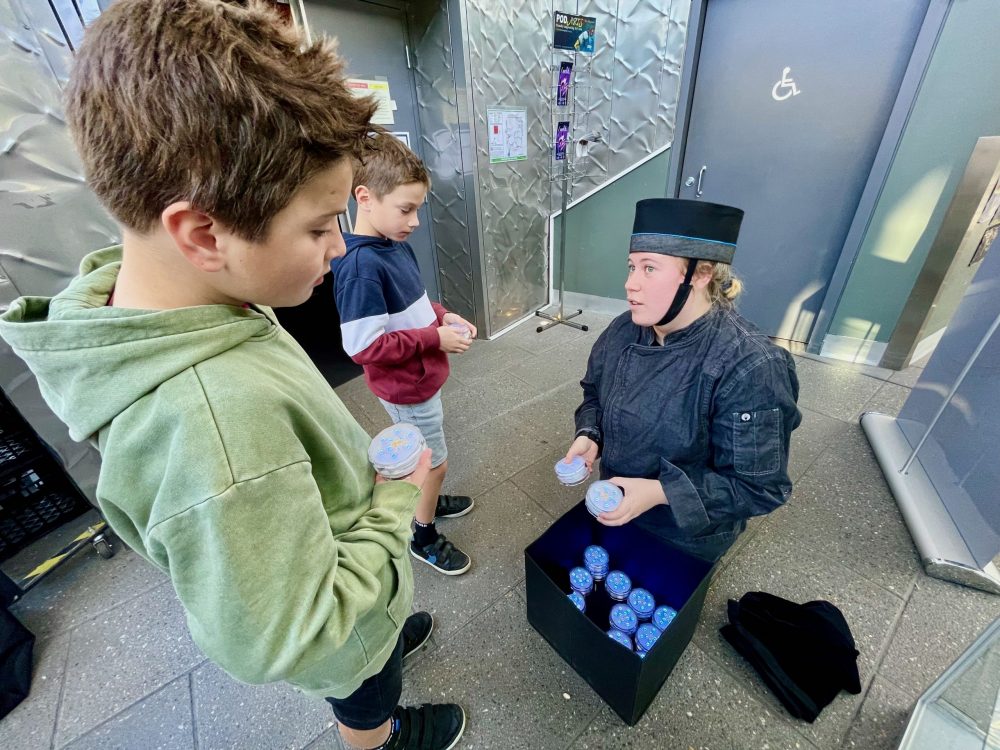 Later, onstage, we met a young girl at bedtime, who’s unable to sleep and can’t shut off her brain. As the show notes read: “She begins a transformational journey with light and discovers that the dark is a magical place.”

Hats off to the actor for pulling off the show’s light displays with such precision, as well as to the technical wizards behind the scenes.

There’s a nod to the film, ET, when Temeka meets an animated alien and touches her glowing finger to his. This extra-terrestrial also longs to return ‘home’. (The show, though, is said to be largely inspired by iconic children’s book Harold and the Purple Crayon.) 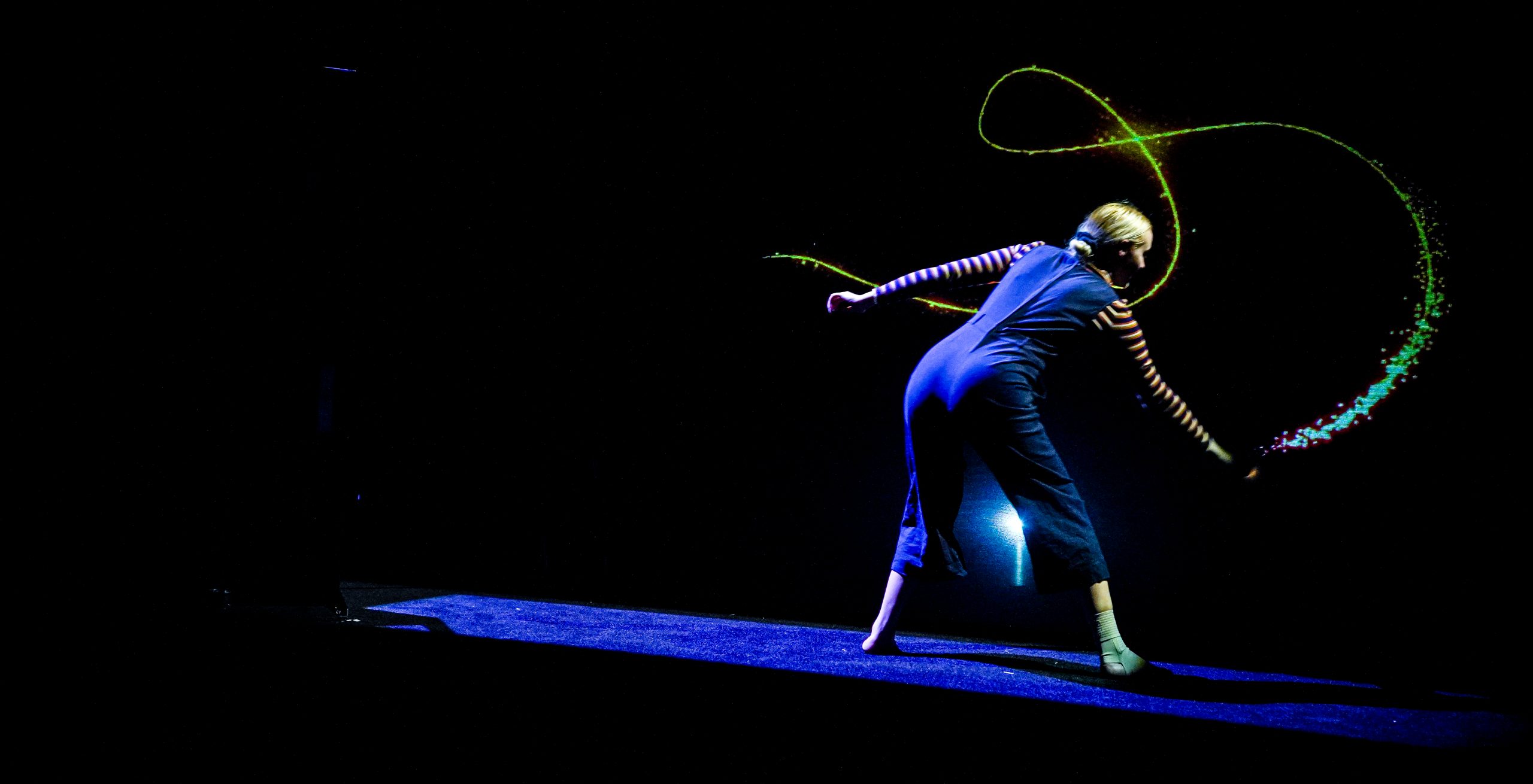 During the performance, kids were allowed to sit on a mat at the front, which could’ve proved distracting for the actor. Luckily, though, they were all too enchanted by what was happening onstage.

Audience members became part of the show when the lights given out at the start began changing colour – just by us ‘magically’ blowing on them.

Patch Theatre’s been making shows for four to eight-year-olds since 1972. But this performance certainly entranced the grown-ups in attendance just as well.

With the Illuminate event edging closer, it’s never been hipper to get excited about light.