REVIEW: ESPECIALLY ON BIRTHDAYS AT THE GOODWOOD THEATRE 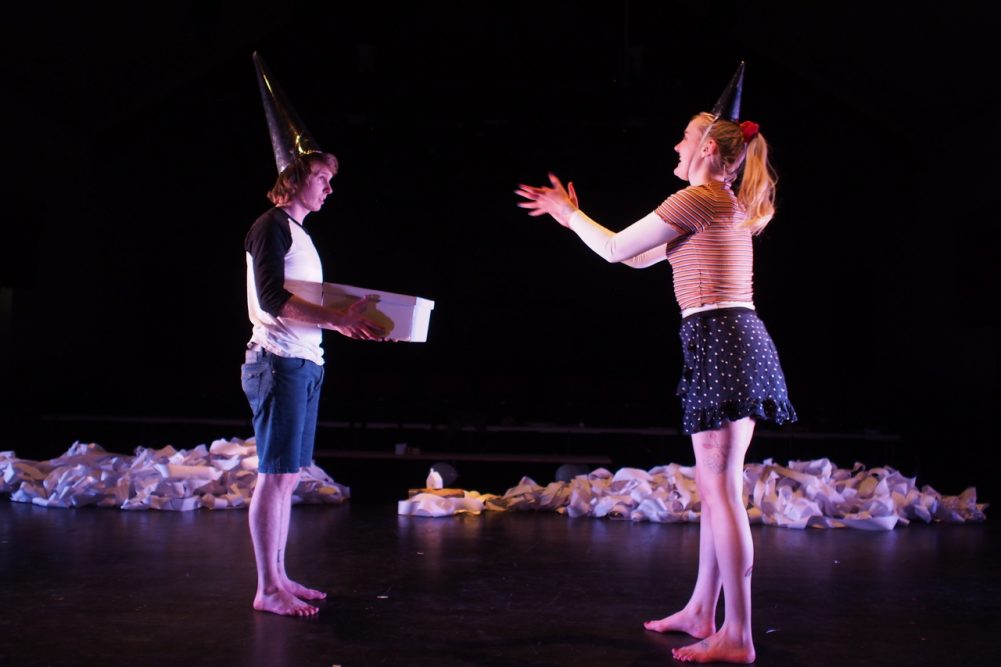 I’m a sucker for a twin theme, being a mum of a fraternal pair. So, I was super-excited to put up my hand for The PaperBoats show, Especially on Birthdays.

The 42-minute, two-person performance follows a pair of twins in the lead-up to their sixth birthday. The roles are played by adult performers Temeka Lawlor and Angus Leighton. It’s an encore season for the 2021 Adelaide Fringe award-winning show. 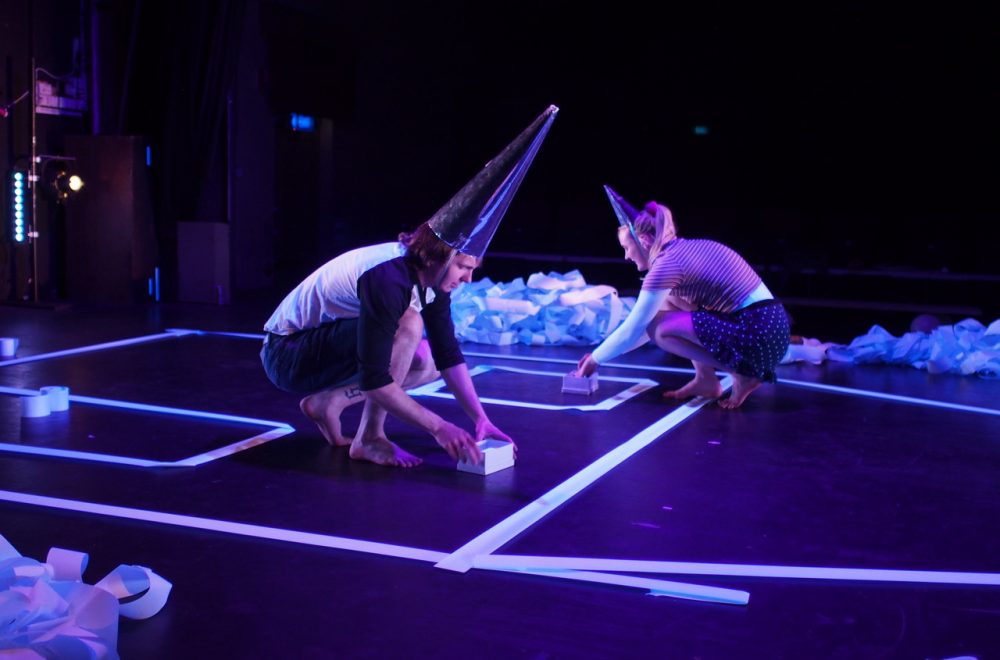 While the oldest twin “by two minutes” (Temeka) can’t wait for their big day, her brother despairs at the thought of it. This is because once they turn six, it’s been decided they’ll be put into separate classes.

Every parent of twins will relate – the dilemma of whether to keep your kids together at school or split them up. (After the show, I asked my eight-year-old boys if they’d like to be in different classes in future and they were dead against it. So, guess I’ll just keep leaving it up to the school then!)

Aimed at kids aged four to eight, the show’s performed in an intimate setting, with the audience facing each other across the stage. The only thing separating the actors from the attendees are lines of curly white paper.

I loved all the twin references throughout – from the actors swinging a rock pendulum at the start, as though over a mum’s belly, saying: “If it swings in a circle, it’s twins” to lines like: “For the first five years, we were together almost all the time.”

As typical, there was a dominant twin. Temeka said: “I was born first, so that means I am the boss.” (Though, the opposite is true of my twins.) She added: “If we were one person, I’d be the top half and Tim would be the legs.” 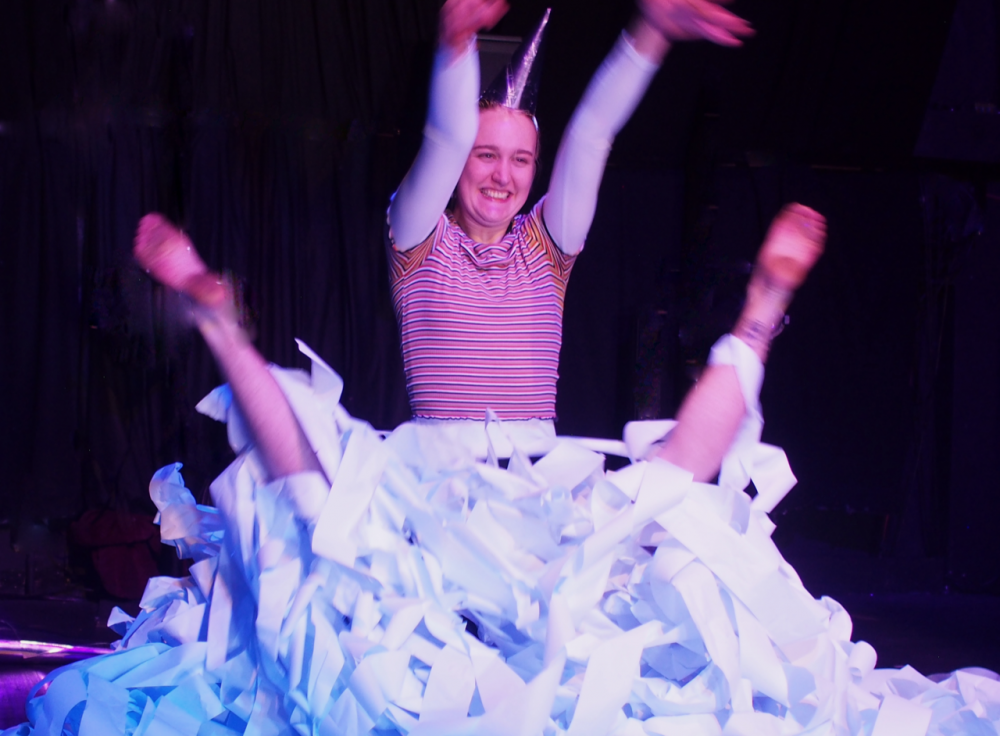 It also felt familiar watching the onstage twins fight one minute, then the next, hug and dance together like best mates.

For the most part, the show’s sound is left to a recorded voiceover and beatbox-style effects by the performers. There’s also a musical score by LA composer Matthew Wilder, who also happened to write the songs for Disney flick Mulan. (The PaperBoats, you see, is an international partnership platform for theatre-makers, spanning Australia, the US, Singapore, and New Zealand.)

During the show, there’s some audience interaction, with the crowd, at one point, invited to mirror the performers’ movements and sounds. Two kids are also plucked out to participate in party games. (Throughout, I also couldn’t help being fascinated by the diverse tattoos on both performers’ legs, including a rainbow inked on Temeka’s calf.)

The show was staged as part of Goodwood Theatre & Studios’ COMEBACK Festival, on until October 3. It was my first time at the old theatre, and I was charmed by its quirky, funky vibe. I’ll be back! 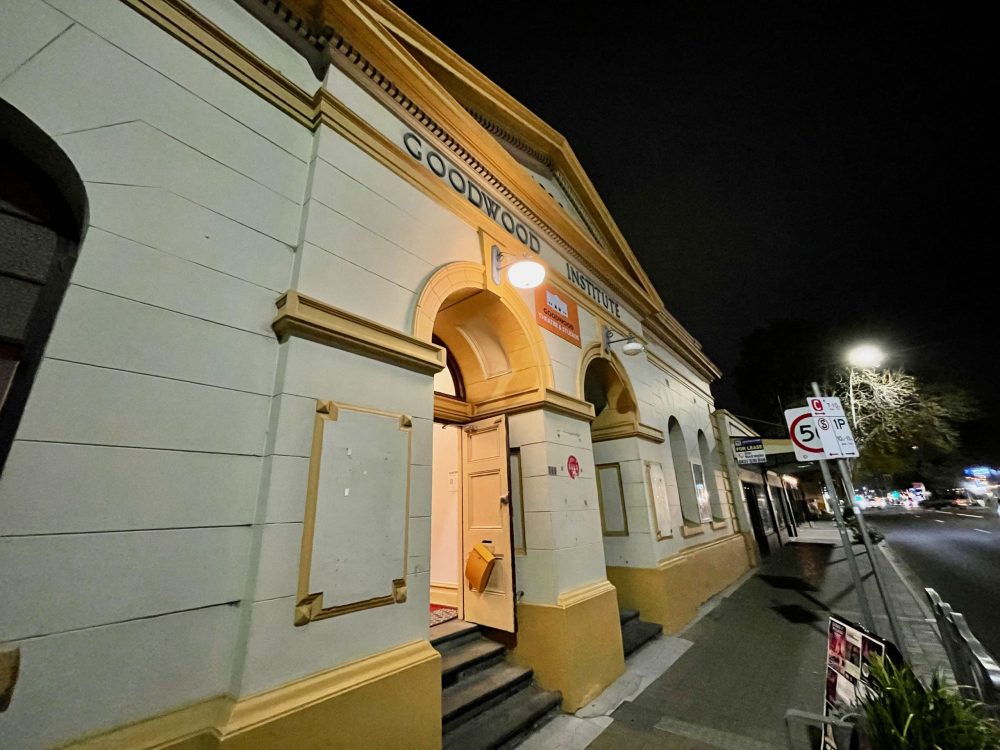