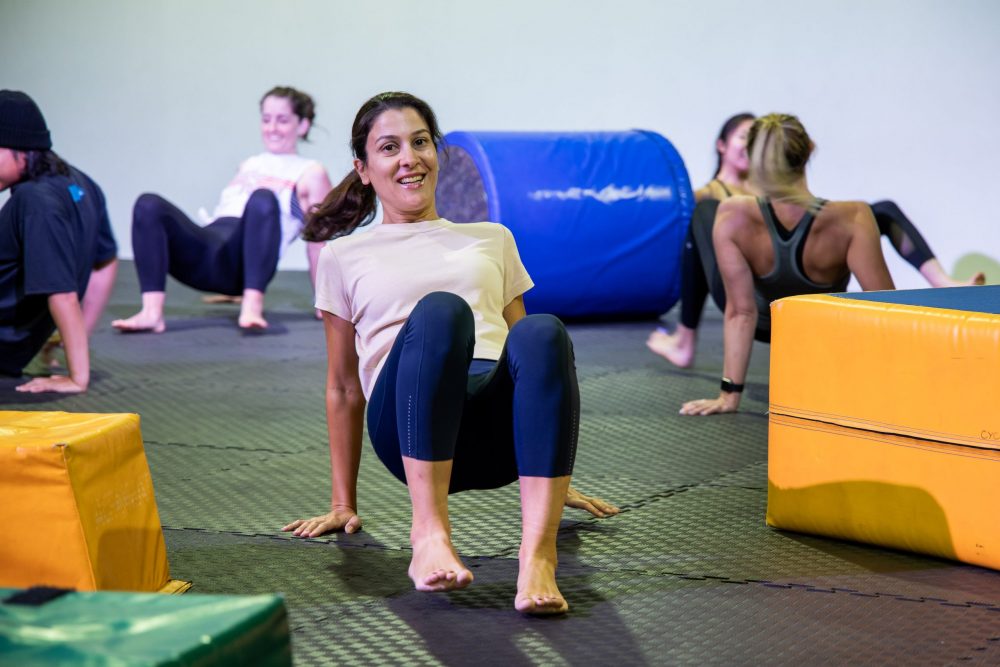 One Sex and the City episode that sticks out in my mind is when Carrie tries out the fitness craze, trapeze—for Vogue, natch. (It’s cool to talk about SATC again, with the reboot confirmed, right? Right?)

Enter my mum friend, Amanda Cartwright, from creative studio Bird Circus. She’d got twitchy watching her little one do circus classes at CircoBats. So, decided to throw her hat in the circus ring herself, signing up for an adult class. After I’d mentioned I was looking for a fitness session that was more fun than the gym, she convinced me to give it a try. 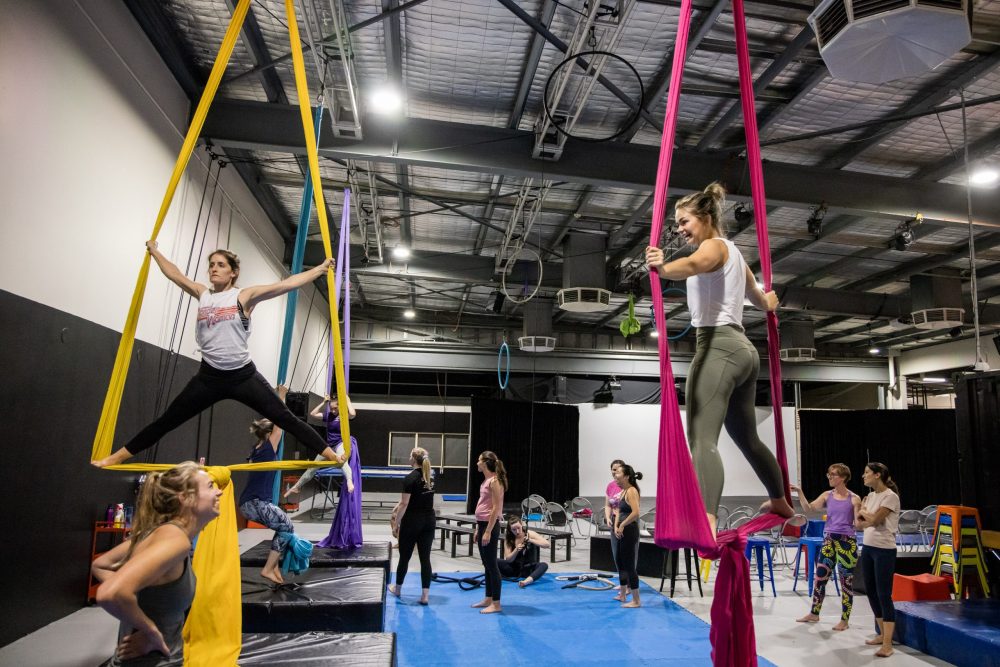 (For the uninitiated, CircoBats is a not-for-profit organisation, founded by the late Franky Charman-Green—an esteemed figure in the Adelaide circus community. His daughters remain heavily involved.)

But back to the class … The website’s wording, ensuring that it was for “adults of all ages and abilities” and had “no prerequisites”, helped me hit ‘enrol’. All well and good from the comfort of my home. Then came turning up to class…

When I arrived, I discovered there was quite a contingent of mums (yay). After a warmup, it was onto practicing handstands and cartwheels.

Yes, handstands and cartwheels, IN FRONT OF EVERYBODY. 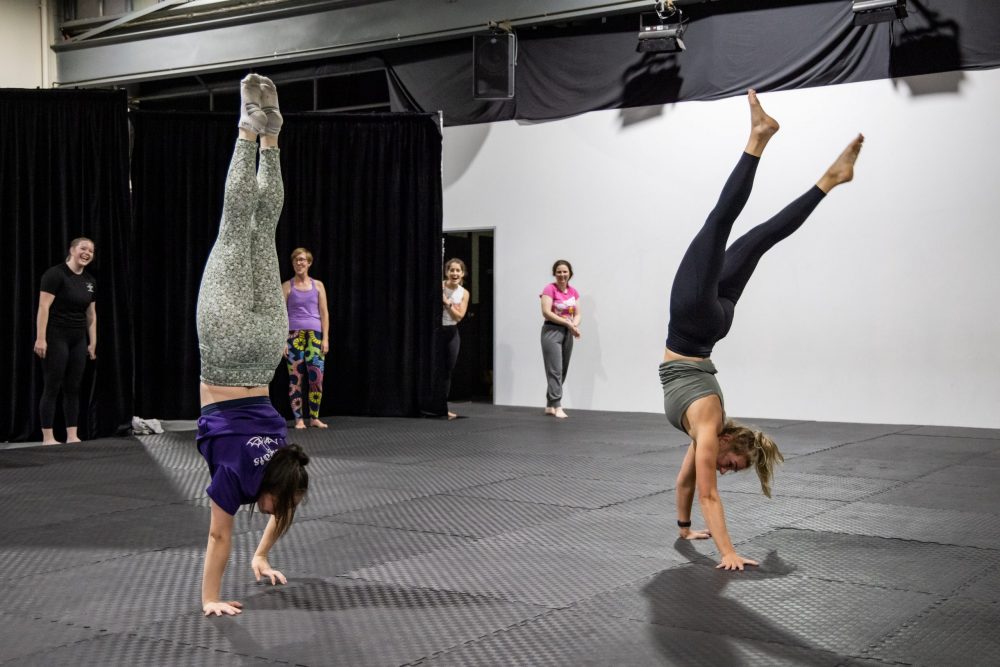 It’s been a long time between such things for me, and my parents never coughed up for dance classes in my youth. So, I was definitely out of my comfort zone, but I gave it my best. Some attendees could actually do things like walk on their hands for metres and do elbow cartwheels. (Later, I discovered a few were part of CircoBats’ Performance Troupe. That thing about “all abilities” being in the class. But the members truly are supportive, whatever level you’re at.)

After this, we moved onto the mini tramp. Here, I got dizzy doing forward rolls while others performed backflips and the like. Next came attempting maneouvres on the colourful aerial silks. 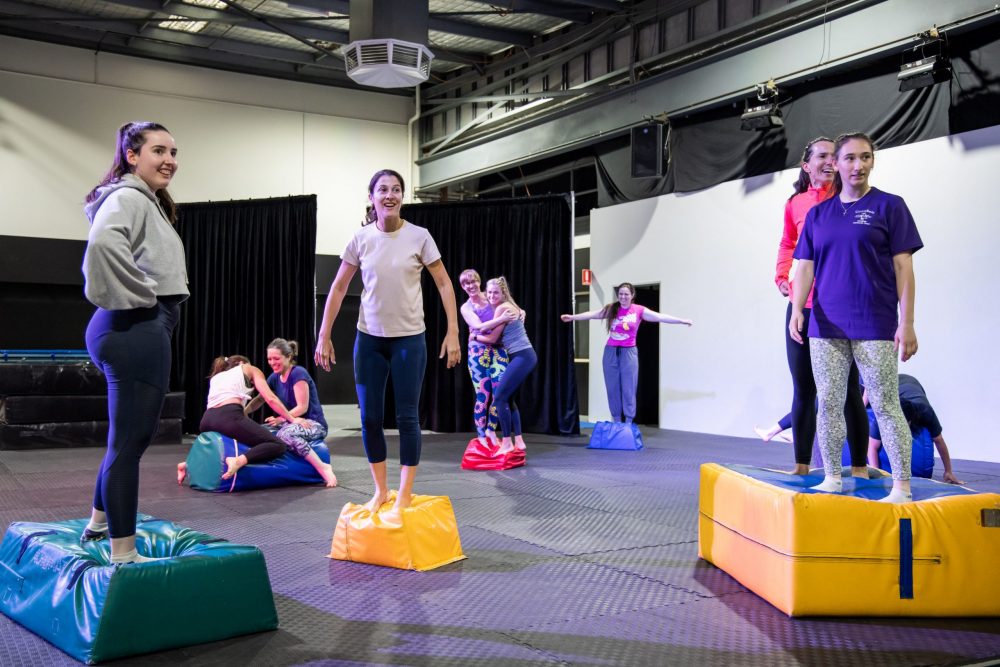 The 90-minute sweatathon rounded out with hula-hooping. This was where I felt most comfortable, being ground-based and less ‘on show’. Then we cooled down with a few stretches, with several participants sliding into the splits. (One can only dream!) 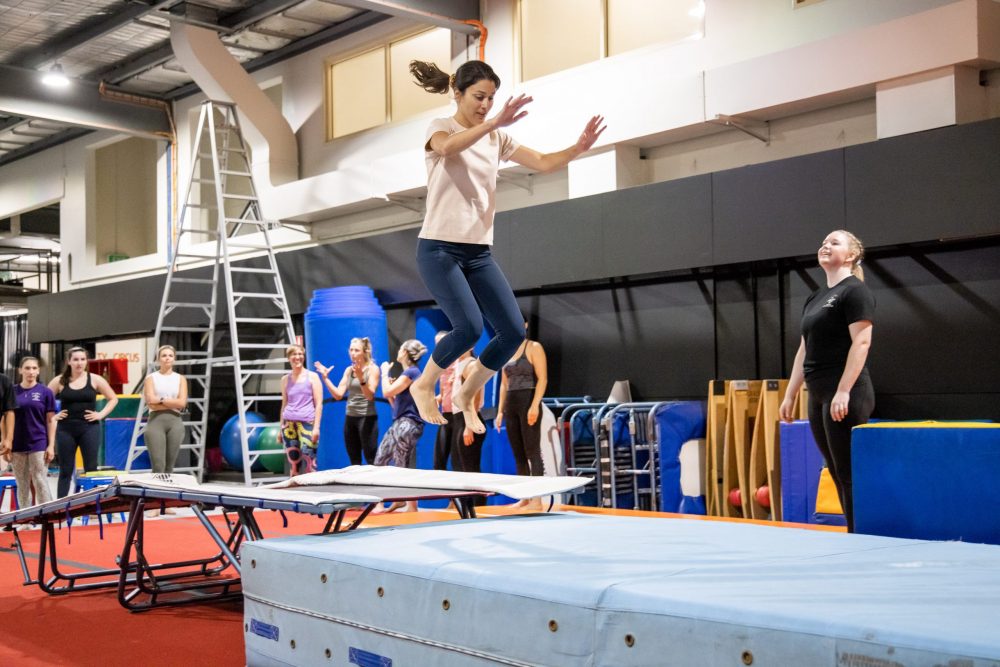 I left the class, still feeling slightly daunted but exhilarated. I’d survived! And I knew my body would thank me for working muscles I hadn’t in a while.

My twin sons have already begged to join a youth class next term. As for me? A return’s dependent on just how brave I am.

Top 20 things to do in Adelaide with toddlers