Kids’ sleep: check in before you switch off 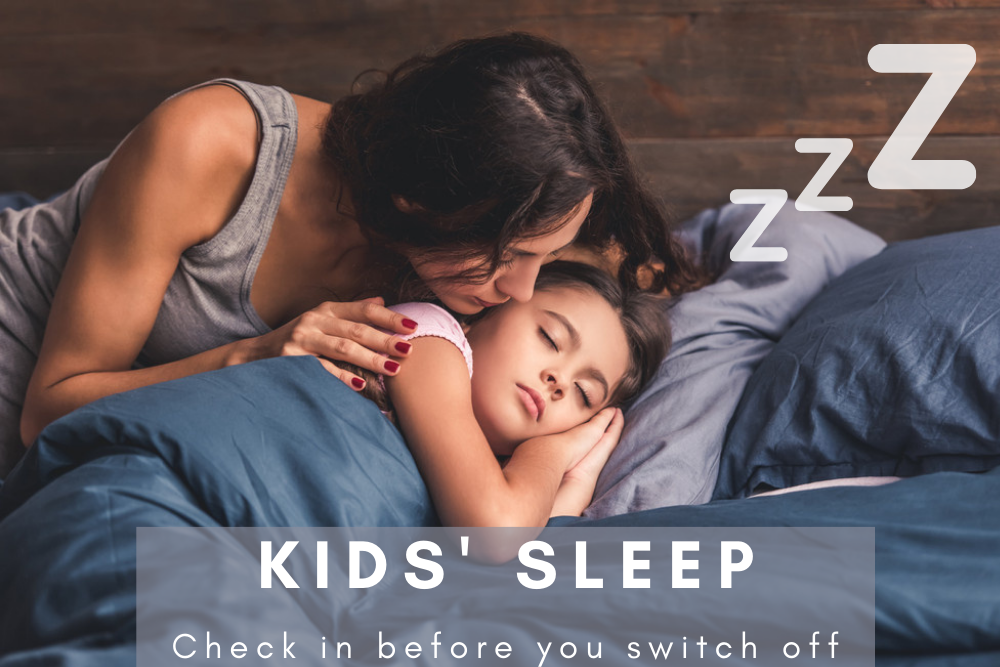 Kids’ sleep: check in before you switch off

The struggle to get your child to go to sleep and stay asleep is something most parents can relate to. Once the bedtime battle is over and the kids have finally nodded off, many parents tune out as well. But University of South Australia researcher Professor Kurt Lushington is calling for parents to check on their small snoozers before switching off.

He says knowing the quality of a child’s sleep is important, as it could be an indicator of sleep-disordered breathing – an under-reported medical condition that can affect a child’s health and wellbeing.

“During sleep, the muscles keeping the upper airway stiff relax, and as a consequence, the airway narrows, which can cause snoring, snorting or in severe cases, the complete obstruction of the airway,” Prof Lushington says. “This is known as sleep-disordered breathing, which can lead to a number of problems for children including daytime sleepiness, fatigue, irritability, hyperactivity and poor attention – and potentially worsens school performance.

The long-term effects are not well understood but research suggests sleep-disordered breathing could also impair cardiovascular and metabolic health.

“Sleep-disordered breathing is significantly undiagnosed in the community. Parents can play an important role in the diagnostic process by looking out for the common symptoms, which include heavy breathing, snoring, gasping or snorting, and stopping breathing altogether – and then share that information with their child’s doctor.”

In a new study of 1639 children in South Australia, Prof Lushington and colleagues surveyed parents to gauge whether they saw sleep-disordered breathing symptoms as a sleep problem. The findings suggest many parents do hold concerns about their children’s sleeping habits, but it doesn’t translate to them seeking medical help.

Almost all parents of children with sleep-disordered symptoms viewed apnoea as a problem while nearly two-thirds saw snorting, gasping, and being fearful their child would stop breathing as a problem.

Roughly half of parents considered snoring a problem and only one third viewed breathing heavily but not snoring as an issue.

Prof Lushington says the results are surprising given that most parents don’t bring up these concerns with their child’s medical professionals.

“Parents don’t tend to discuss their child’s sleep difficulties at medical consultations – in Australia, it’s estimated only four per cent of parents will bring this up with their doctor,” he says. “The good news from our study is that we found that many parents are already recognising that there is a sleep problem. Prior to this, we had hypothesised that the under-reporting of symptoms suggestive of sleep-disordered breathing, or of sleep problems in general, at medical consultation could be because of the lack of parents’ awareness of a problem existing.

While there does need to be more education for parents on symptoms of sleep-disordered breathing – particularly around snoring or heavy breathing being a potential cause for concern, there are clearly other barriers to parents bringing up sleep problems in medical consultations.

“To address this, we suggest medical practitioners need to purposely include questions about sleep at consultations to prompt parents to discuss any symptoms they may have observed in their children at night. If parents check in to see how well their children are sleeping at night and doctors routinely check in with parents to discuss children’s sleeping habits, we might be able to catch sleep-disordered breathing earlier and take steps to treat it before it affects a child’s behaviour and health.”

The current treatment for sleep-disordered breathing in children is adenotonsillectomy – the removal of adenoid and tonsils – which is known to improve children’s quality of life and sleep.

Your child’s sleep – tips for checking in:

Educate yourself on what normative sleep is to make sure everyone in your household is getting a good night’s sleep – the Sleep Health Foundation is a great starting point with a number of fact sheets freely available online.