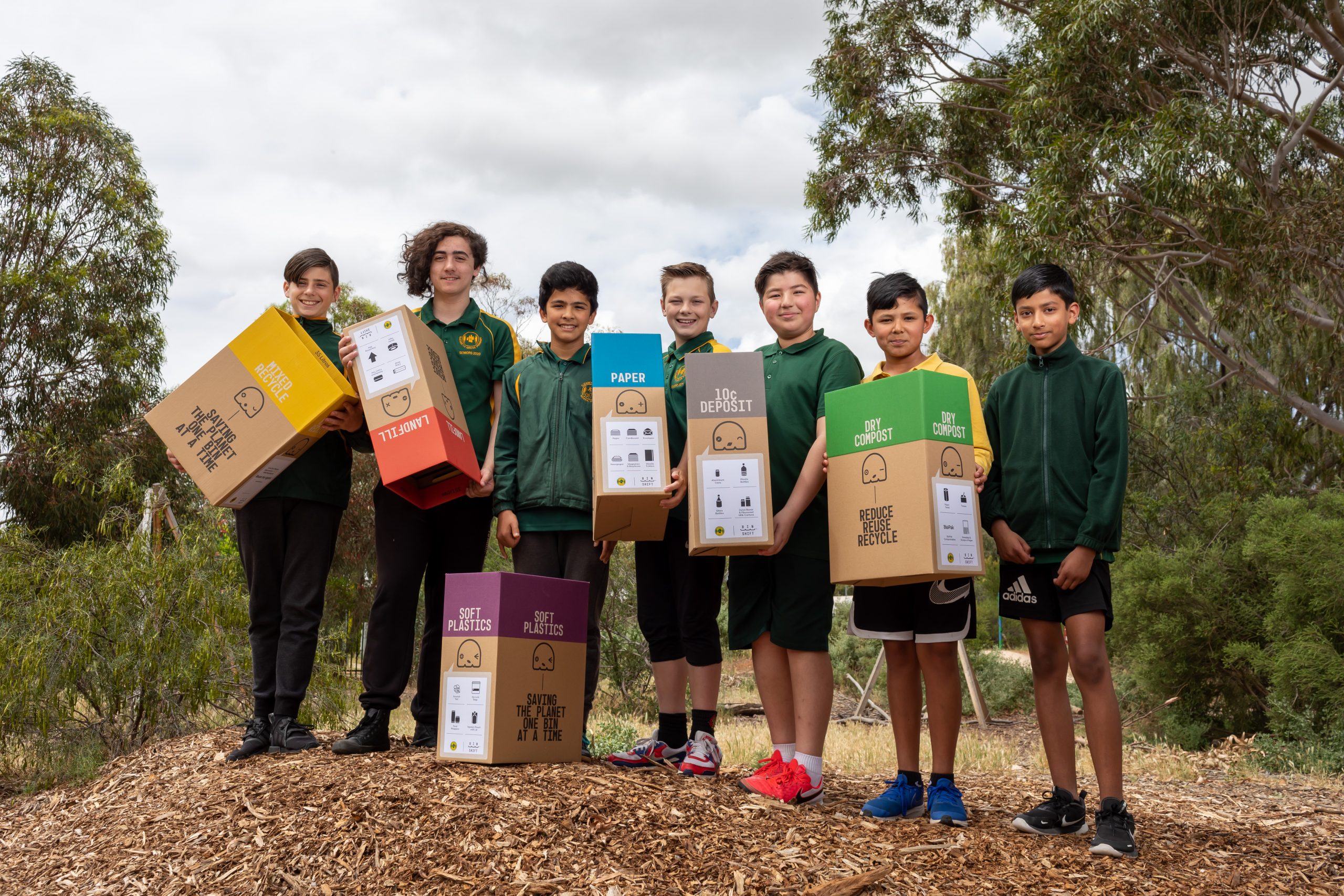 In the lead up to November’s National Recycling Week, South Australian start-up BIN SHIFT has granted its first-ever Award for Outstanding Impact to Elizabeth Grove Primary School after an audit found that the school has reduced its waste to landfill by 87%, and WOW what an effort by the whole school community!

BIN SHIFT works closely with schools across South Australia to provide them with waste separation systems and education workshops, allowing students take control in the war on waste. 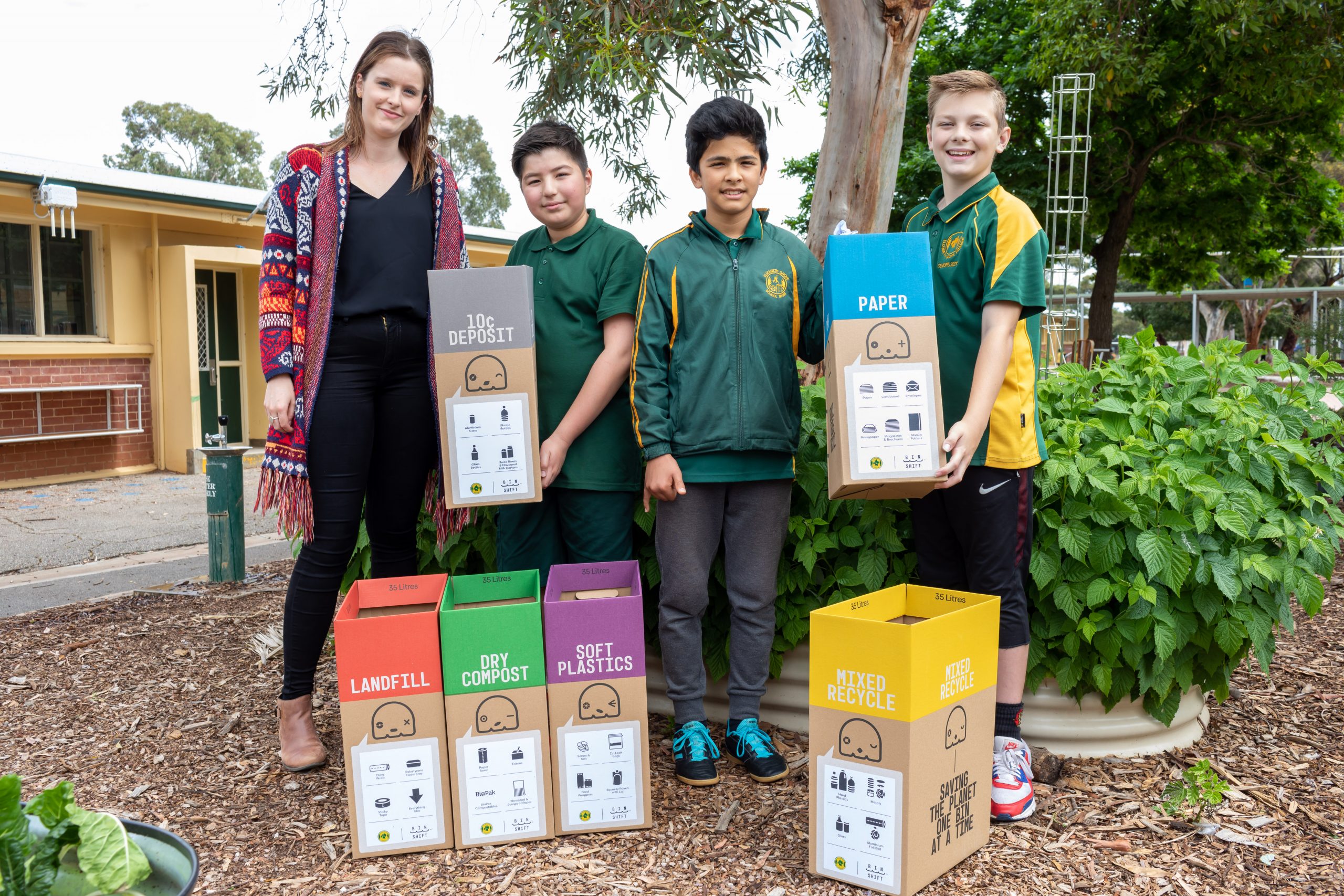 “It’s been so rewarding to work with staff and students at Elizabeth Grove this year to reduce the school’s waste to landfill,” says Carole Gordon, founder of BIN SHIFT. “Our system of bins gives students tangible results so that they can see the positive impacts made when they take action and sort their waste, and this in turn helps to alleviate some of the anxieties children have about the state of the world right now.

The results that Elizabeth Grove has achieved in just seven months is exceptional, and has indeed been such a success that it has prompted the inaugural BIN SHIFT Award for Outstanding Impact, which will be granted every year to a participating school, starting with Elizabeth Grove. 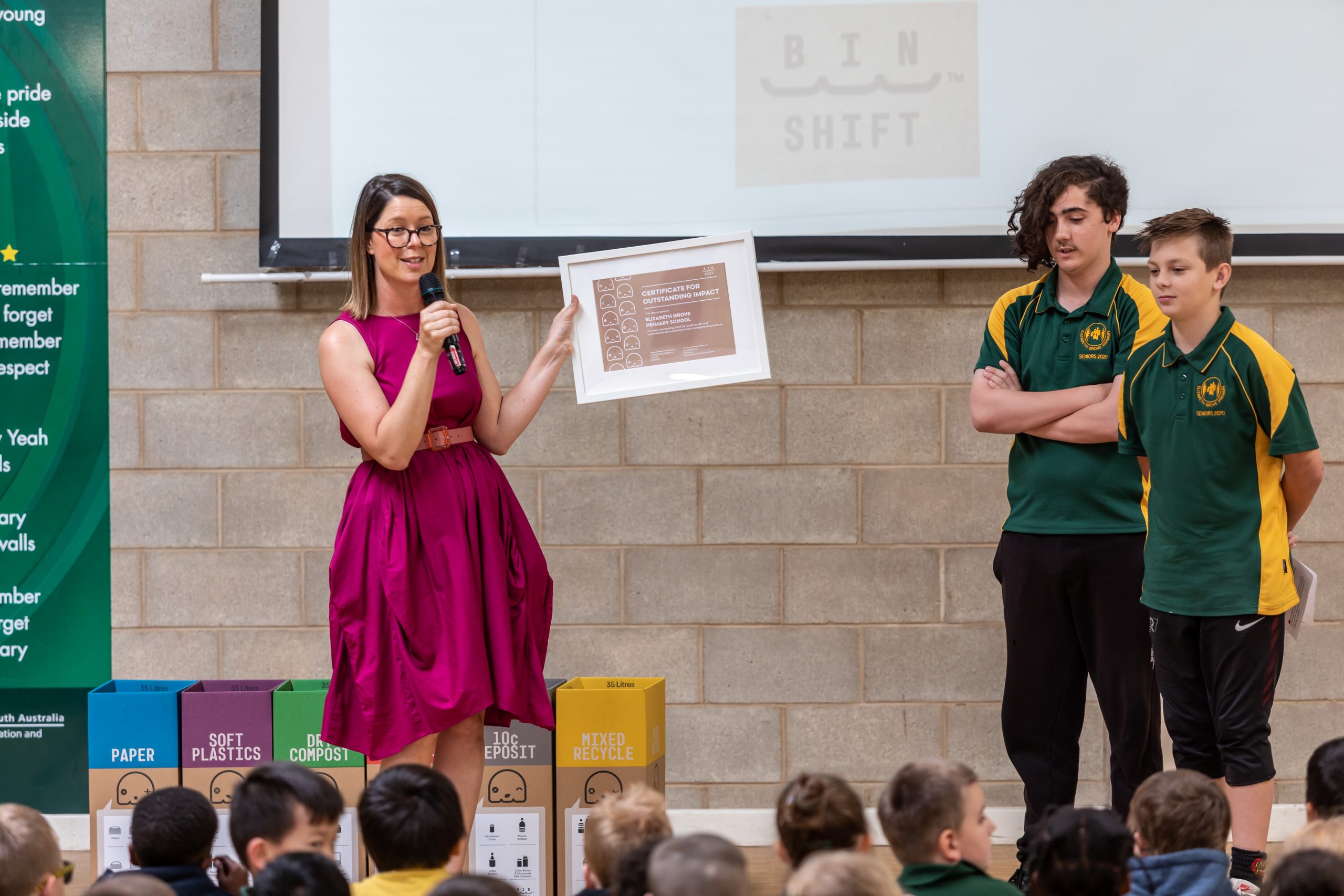 87% less waste to landfill a day

BIN SHIFT worked with KESAB Environmental Solutions to arrange a waste audit in August 2020 and compare the results to a previous waste audit completed at the school in 2018. The audit found that Elizabeth Grove is now only sending 22 litres of waste to landfill a day, 87% less than the school’s previous average of 167 litres to landfill each day.

Wipe Out Waste Coordinator of KESAB Environmental Solutions, Jo Hendrikx, said that Elizabeth Grove demonstrated the second-lowest landfill contribution from a school that KESAB has seen in fifteen years.

“Elizabeth Grove Primary School has done some of the best sorting I have seen in the fifteen years I’ve been doing these,” says Jo. 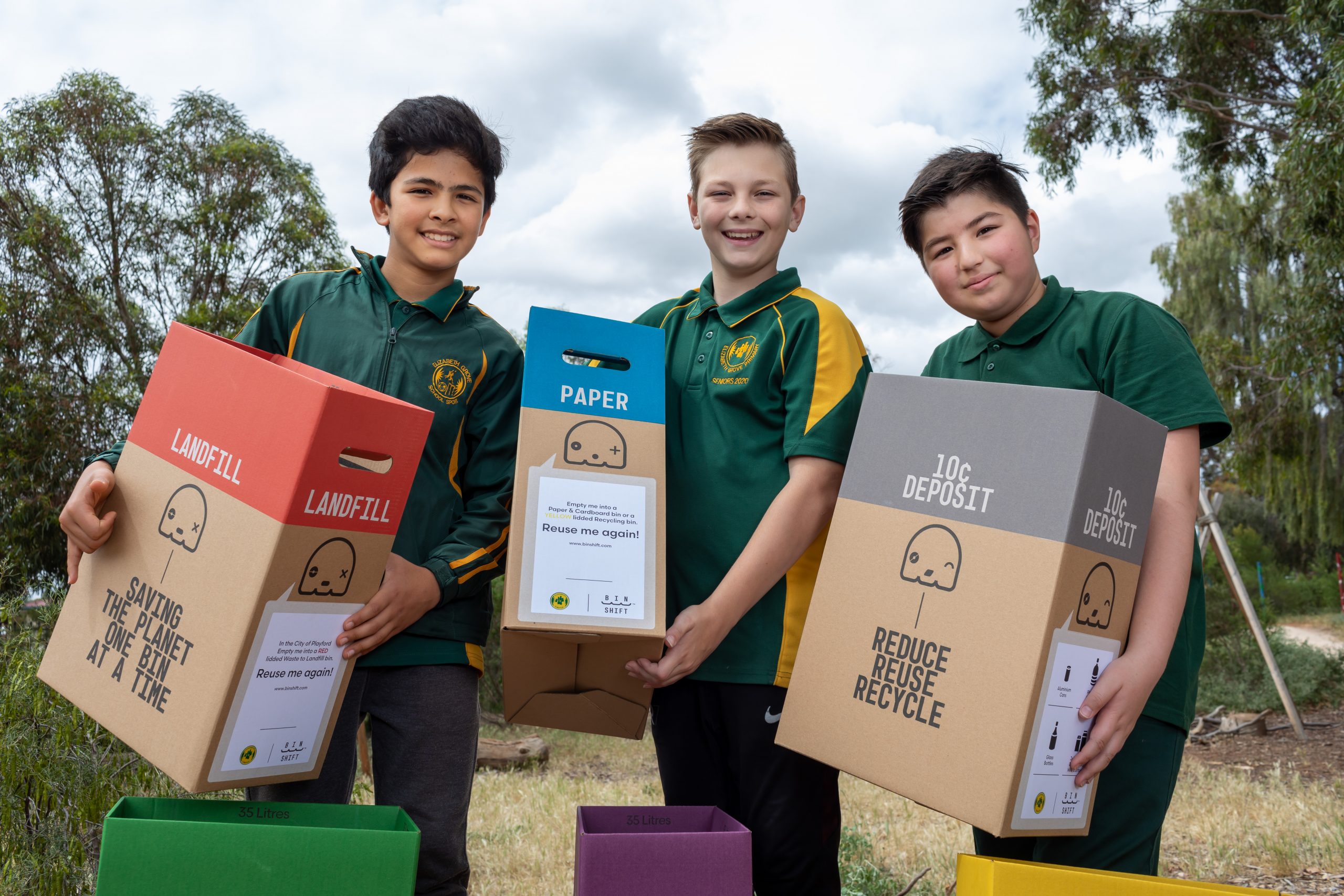 Since installing BIN SHIFT across the campus, the school has successfully diverted 100% of compostable materials, including food waste, from ending up in landfill, subsequently reducing methane gas production and ensuring that valuable compost can be utilised by South Australian farmers to grow more produce.

Environmental Sustainability Specialist Teacher at Elizabeth Grove, Shannon Brookes, has been able to use the bins as hands-on tools for sustainability education in classrooms.

“BIN SHIFT has contributed to helping empower students to take real action to create more sustainable futures for themselves and others,” says Shannon. “We have always had a strong sustainability focus at Elizabeth Grove Primary School. Students and staff have been really engaged in the learning process with student-led initiatives and in-depth inquiry-based learning before and after the BIN SHIFT workshops.” 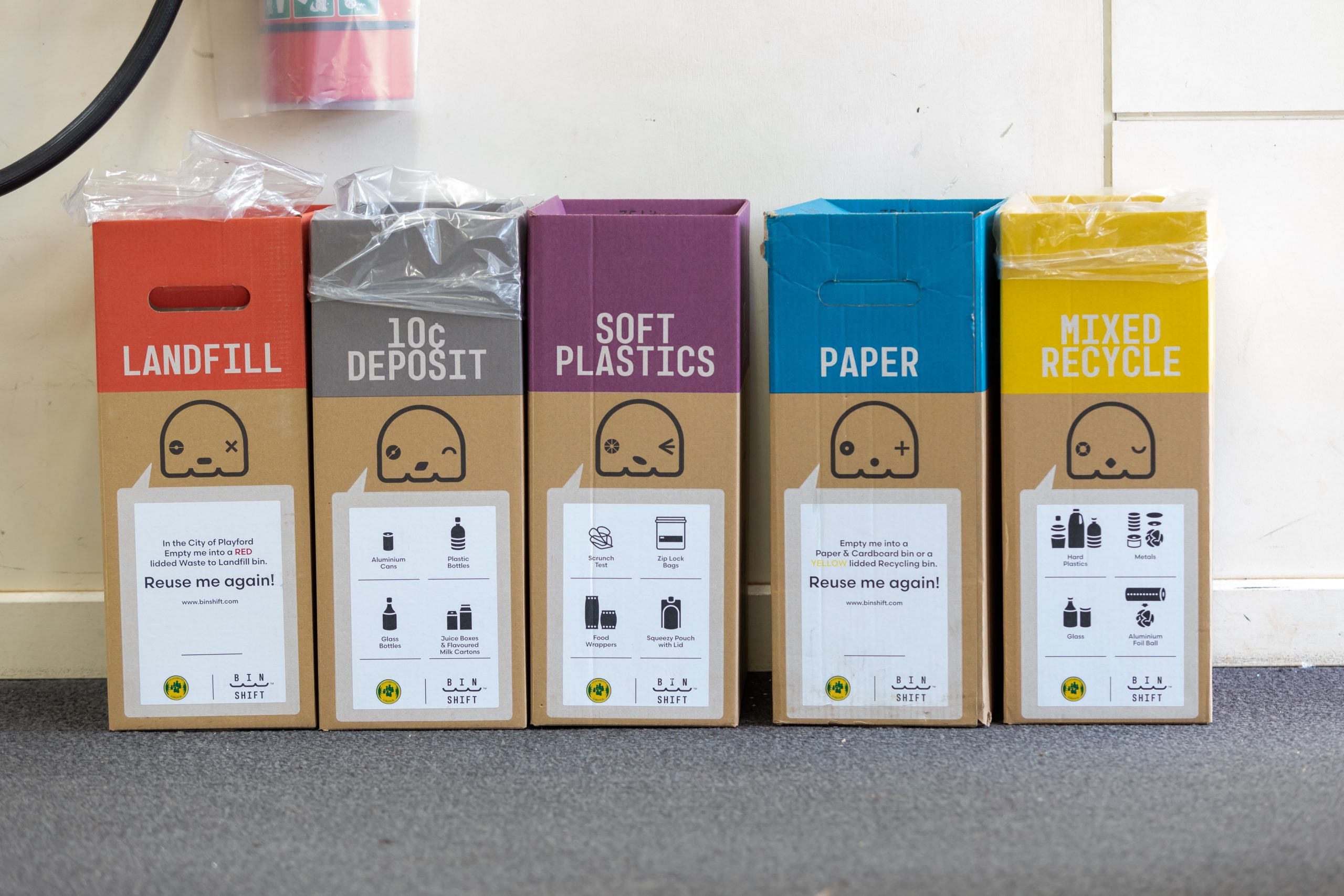 As a result, classrooms at all levels have worked waste separation into lessons, with the Year 6/7 students creating a business model for emptying all campus Paper and 10c Deposit bins as part of a business and economics class, complete with a roster and a payment system (in the form of canteen vouchers). The school will continue to utilise the BIN SHIFT bins in classrooms at every level in the years to come, and the Year 6/7 bin-sorting business will continue in 2021.

BIN SHIFT is currently installed in over 30 schools in South Australia and interstate, as well as a number of homes and offices.

The set of customised BIN SHIFT bins cost Elizabeth Grove approximately $74.75 per classroom, and teachers looking to implement the system in their own classrooms can place an order or make an enquiry: