REBECCA MORSE: WHAT TYPE OF PARENT AM I? 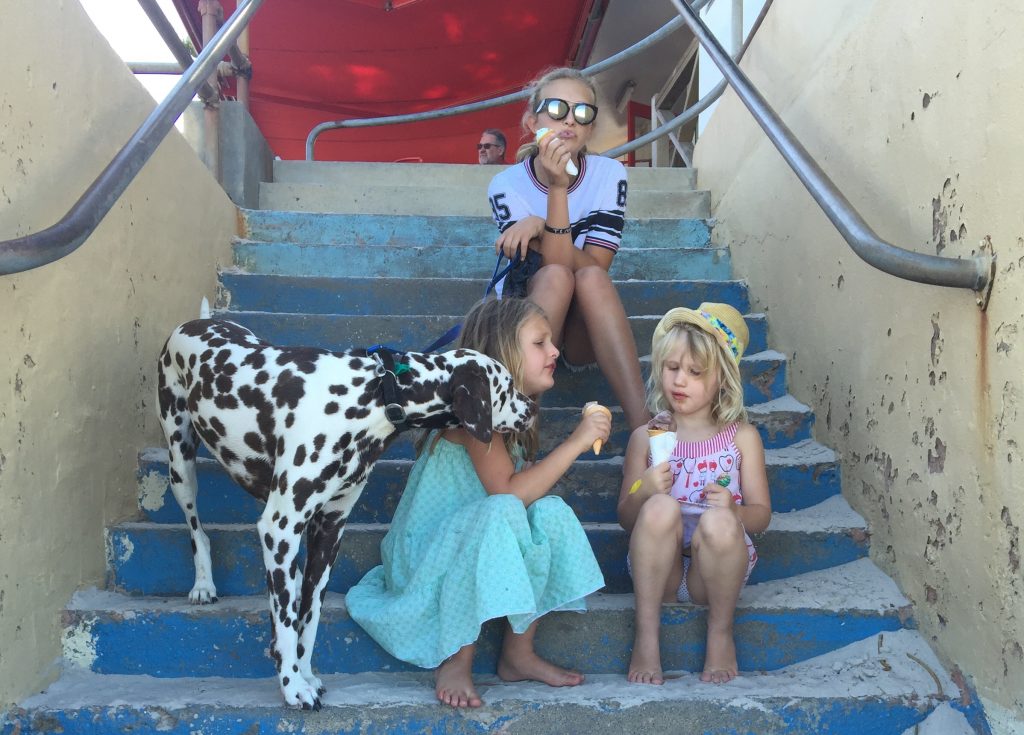 What type of Parent Am I?

Have you ever stopped to consider what style of parent you are?

Of late I have resigned myself to the fact that I am a Free Range Parent. I had been resisting this parenting pigeonhole, fearing it had connotations of neglect or a lack of care or interest in my children.

But, I’ve come to realise that it’s time to embrace the title.

It can be hard to adequately keep across the social, sporting and schooling commitments of three daughters, especially when, like chickens on a free range farm, they choose to roam far from home.

My middle child Milla is 11. A mature 11. Mature enough to be left alone for half an hour or so if we need to duck out of the house and she has zero interest in joining us.

On one such weekend morning when the household commitments had pulled us in a multitude of different directions we returned to a note from Milla saying she was walking the dog.

When she swanned in some time later she casually regaled us with her morning activities.

She had raided her birthday money, taken the dog and her book on the 15 minute journey down to Joe’s Kiosk at Henley Beach, ordered scrambled eggs and smashed avo on toast and had a relaxing solo breakfast.

She asked to be reimbursed. Because no matter how free range our parenting is, it’s still our responsibility to feed our little chickens apparently. “You could have held off on the avocado,” I grumbled, reluctantly handing over twenty bucks.

When I repeated this story to my Hit107 co-host Cosi he was MORTIFIED. He thought she was way too young to be wandering the streets and most of our listeners agreed with him.

I second-guessed myself briefly.

But we all know our own children. Milla is familiar with the local roads, she knows the local cafes and she had the dog with her. I would much prefer she had the confidence and initiative to get some exercise, fresh air and a meal much better than that on offer at home then stay trapped in the house, on a screen.

Free Range is just one of the types of modern parenting styles. Others include:

This is where you hover over your children like said aircraft. I am not and have never been a helicopter parent. My husband can venture into helicopter territory. Which, while mildly irritating, does increase our children’s chance of survival.
When our first born was little I was dining al fresco with her and he rang to remind me not to let her run onto the road. “I’m so glad you called honey, just hold the line for a sec while I rescue her from the traffic because I had not thought of that.”

This is where you remove obstacles that are in the way of your children so they don’t fail. Also not me. Kids have to fail, it’s how you learn and grow. They should also be allowed to make bad clothing and hair choices like we did so they can look back and cringe at their old photos. They don’t seem to do that anymore. They just look pouty and perfect from primary school.

I’m not protecting my kids from failure if it’s their own fault. “Mum can you write a note in my diary saying I couldn’t finish my homework?”
“Did you watch Netflix and Snapchat your friends?”
“Um, for a little bit.”
Then no note in the diary, princess.

The succeed at all cost, pushy parent. Nope, not me either. I can hardly find the energy to push myself to succeed. The pushiest I’ve ever got is yelling “up and in” at their school netball games.

So, Free Range it is.

All things considered I think my free range chickens are pretty well-adjusted, independent and resourceful farm animals. With expensive taste in breakfast.