REBECCA MORSE: IS THIS WHERE WE ARE GOING WRONG IN MODERN PARENTING? 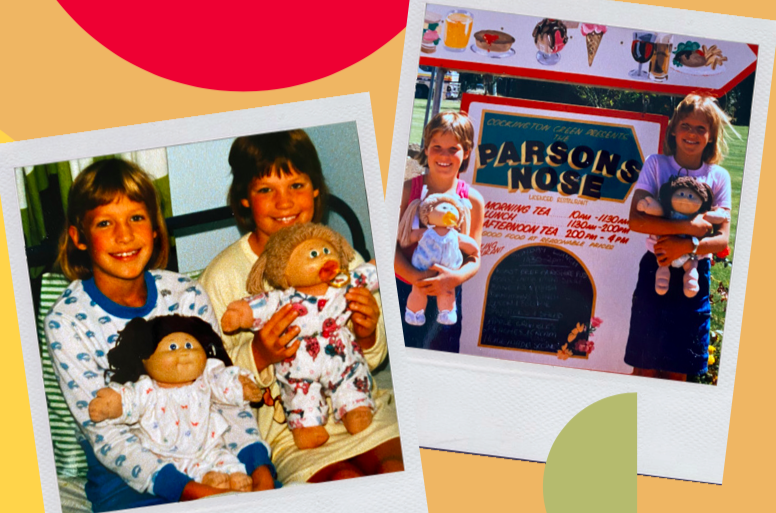 Is this where we are going wrong in modern parenting? And by we, I mean me.

What type of Parent Am I?

Have you ever stopped to consider what style of parent you are?

When I was a little girl I desperately wanted a Cabbage Patch Kid. I begged my mother for one. They were very expensive. I waited months in hope in the lead up to my birthday. I looked at them in toy stores and fantasised about taking one home. Would I get a boy or a girl? What colour hair would he/she have? And what would the name say on the
one-of-a-kind birth certificate?

It seemed like all my friends had one. I would play with theirs, dreaming of the day that I might, if I was lucky enough, have my own.

On my birthday she came to me.

Her name was Katrine Barbara and she had brown hair and blue eyes. I decided that since I was her adoptive mother, I had the right to change her name, despite the official looking birth certificate signed by Xavier Roberts. She would henceforth be known as Natalie Jane. Natalie, after my favourite Young Talent Time member (second favourite actually, but I wasn’t sold on the double-i in Dannii) and Jane because that’s my middle name and I wanted to pass it down the line to my cherished newborn with the hard plastic face and soft squishy limbs.

I now understand this to be the concept of delayed gratification. I wanted that doll so much for so long that when I got her I appreciated her so much more than if Mum had just let me grab her off the shelf the first time I’d asked for one.

Is this where we are going wrong in modern parenting? And by we, I mean me.

Of course we all want to provide the best for our children, but perhaps going without on occasion is one of the most valuable lessons we can teach them. I’m hyper-vigilant about raising spoilt, entitled children.

My Year 11 has been testing my patience since she was invited to the Year 12 formal with a friend. Technically not her formal, so technically I’m not prepared to do all the things for her.

She found an outfit she wanted. Nope, I said. Based on both the exorbitant price tag and the exorbitant amount of skin that would be on display. She cried. Hysterically.

I told her for MY Year 12 formal I wore a $99 plain black dress from Cue, got spiral curls at the Blackwood hairdresser, tanned in the sun and did my own makeup. She cried harder.

Her lack of perspective was infuriating. So I decided to set her a budget. The sum total of my contribution to her entire formal ensemble would be $100. She went through all of the stages of grief until she reached acceptance. She called in favours from friends for hair and makeup, borrowed half of my wardrobe and used some of her savings from her part-time job. It made her think about the value of money, how to save for something, and how to be grateful for it once she got it.

Delayed gratification. I gave myself a parenting pat on the back. A premature pat because it turns out this lesson is harder to teach her younger siblings.

At Womad the youngest was given a choice. Snow cone now or donut later. When you’re eight of course it’s all about instant gratification. So, snow cone it was. An organic one I assume, given the nature of the world music festival. She was SO happy with her decision. Until the middle child who had chosen donut later, got her donut later.

Then there were tears. A good half hour of tears. Lucky the bongo drums were loud.

I think the take-out parenting lesson from the monumental scale of the tanty in this case was not to give the choice of instant gratification. Or, to get a babysitter next year.

No matter what our financial means, we do our children a disservice by giving them what they want, when they want it, Veruca Salt style. The latest technology, the latest labels, or even just a lunch order from the canteen because the food at home is BORING. If we just say yes, how will they ever know the feeling of gratitude and elation experienced by a child of the 80s in her velour tracksuit holding Katrine/Natalie so tightly that she may or may not still have that doll to this very day.