REBECCA MORSE: If You Love Them, Let Them Go… Easier said than done. 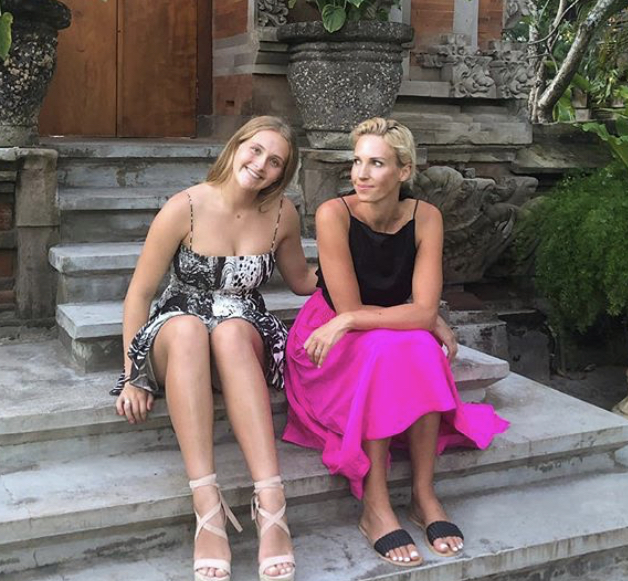 REBECCA MORSE: If You Love Them, Let Them Go… Easier said than done.

Letting go, letting go. (Sung to the tune of the Frozen earworm)

When you think about it, from the moment they are born, all of our parenting is essentially about equipping our children to survive on their own out in the real world. And yet every step towards their ultimate independence is fraught with pain.

It begins on their first day of childcare or kindy when you prise their chubby little hand out of yours and try to console yourself with the fact that the playdough/finger painting/yoga/guinea pig program on offer is much more comprehensive than the curriculum at home.

Then in the blink of an eye it’s their first day of school and all of the mixed emotions that brings. Melancholy with a hint of freedom. Patent that scent and make it into a candle.

When my first-born toddled off to school with her giant backpack I shed a tear.

When the middle child started I experienced a twinge of sadness.

When the third and final child started my greatest surge of emotion was whether I should be offended by the mother who remarked on my decision to wear activewear on what she deemed a momentous occasion devalued by my casual attire. It’s Lululemon, I muttered under my breath. The Reception classroom is a jungle of judgement.

The next letting go of the child milestone comes with the transition to high school.

Remember when they begged for you to come into the classroom instead of turfing them out at the drop-off zone?

Cherish those short days because come high school they won’t even want a kiss on the cheek in the front seat in case their friends see them.

I even get in trouble if I have the radio up too loud.

The eldest embarks on Year 11 next year so I’ll blink again and she’ll be finishing school. She’s already fiercely independent, got a job as soon as it was legal and is learning to drive with zero assistance from me, which is lucky as I’m still unable to parallel park after a quarter of a century behind the wheel.

In fact, I dread her getting her P plates because I feel like the journey to drop her at places is the only time I can hold her captive in a small space so I can make sure she is aware of the dangers of the internet/boys/alcohol/fad diets.

We had to let her go for a couple of weeks recently when we put her on a plane to Japan for a school exchange. I set up a WhatsApp group optimistically titled CHECK IN WITH YOUR PARENTS and instructed her to update us daily.

She did not update us daily.

I was forced to monitor her Instagram for signs of life.

I see you’ve landed in Singapore, I messaged as an airport selfie popped up on the Insta story. And I see that you are wearing my brand new tank top. I see you’ve visited Harajuku, I messaged, after her first post on the grid. And I see that you have also packed the pink skirt I have been looking for. And you’ve knotted it, which is a cute look but will make it difficult to iron on your return.

When she reached her host family she finally began to want some contact with her mother. She FaceTimed me in tears one night, saying she was homesick. (I was secretly relieved as I’d feared at the tender age of 16 she was already equipped to travel the world alone with no pangs for the life created for her at home).

She said she was having trouble getting her family to understand her and she wasn’t sure about some of the recipes being served up. Begging the question, why are you homesick? Sounds just like your daily life here.

I’d missed having a teenager in the house. I even thought for a short time I may have been cool, without her constant reminders that I am far from it.

How lucky we are if we can help our children see the world (she wasn’t handed the trip on a platter, saving up to contribute a portion from her part-time job).

But a sense of adventure, bravery, curiosity and independence is a great gift to instill in our children.

Especially since Japan is on my bucket list and I need a translator.