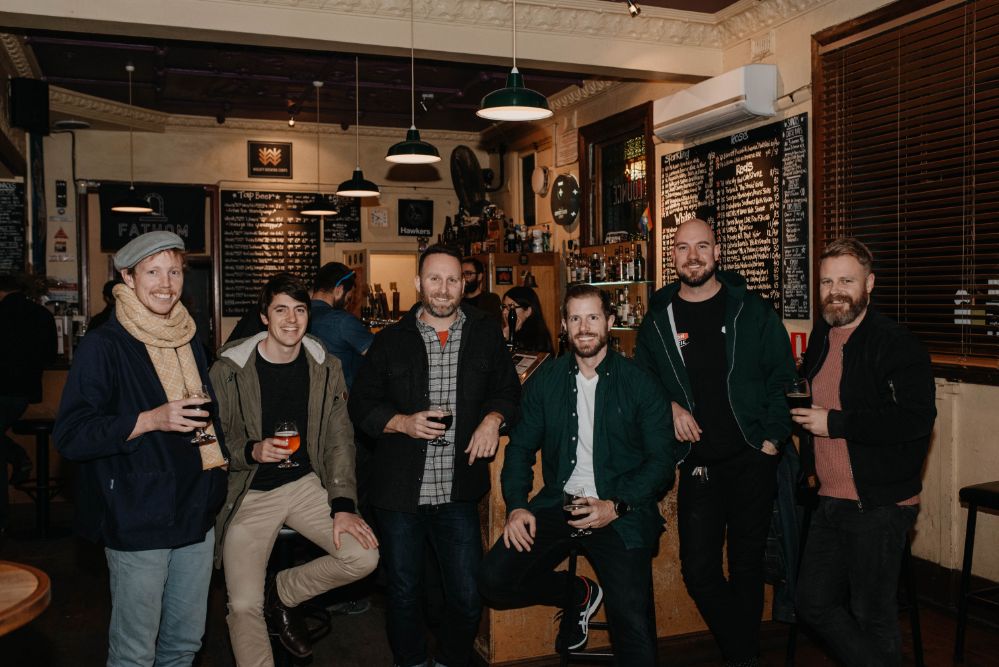 If you were to walk into a pub and see a group of guys sitting at the bar, craft beer in hand, shooting the breeze and having a laugh, you could be forgiven for assuming they’re a footy team having end of season drinks, or old mates from Uni catching up.

What might not spring to mind immediately, is that this group of blokes is actually a dad support group, chatting about fatherhood, life with young children, changing relationship roles and the highs and lows of supporting their partners through the early, hazy days of parenting and beyond.

But, that’s exactly what happens every week at the Wheatsheaf, where a group of Adelaide dads have formed their own dads’ group; having regular catch-ups to connect with other fathers, discuss parenting issues, and learn from the experiences of other dads.

Across the country, thousands of mums meet regularly for mothers’ group, many of us attributing our sanity through the long, nebulous days of early parenting to having a support network around us, of other women with a shared experience. In this day and age, men are more connected with family life, taking a more active and hands on role in parenting than ever before, but these types of networks are rarely geared toward fathers; dads who may be looking for similar avenues of support and the opportunity to swap notes and connect with others experiencing the same challenges. 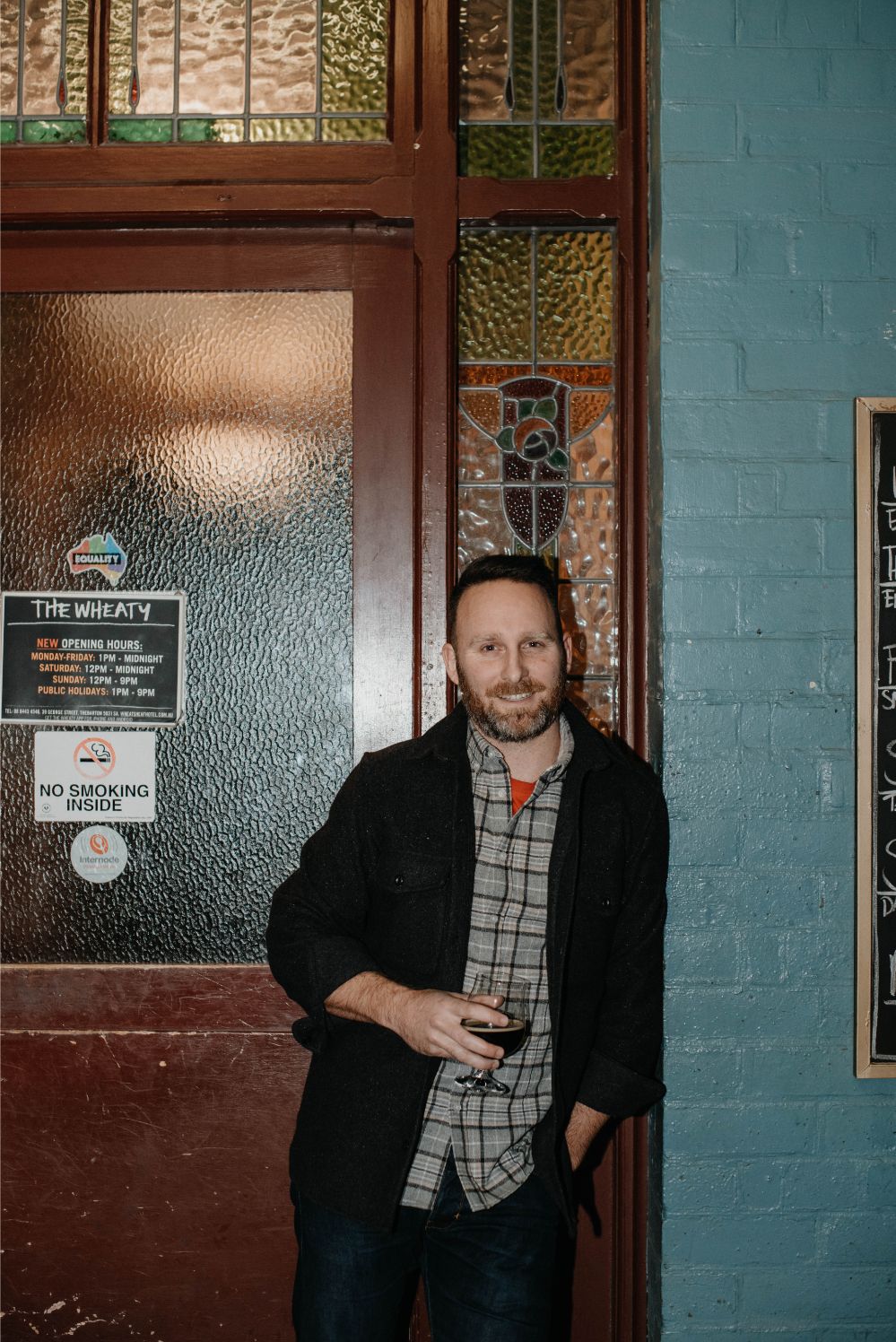 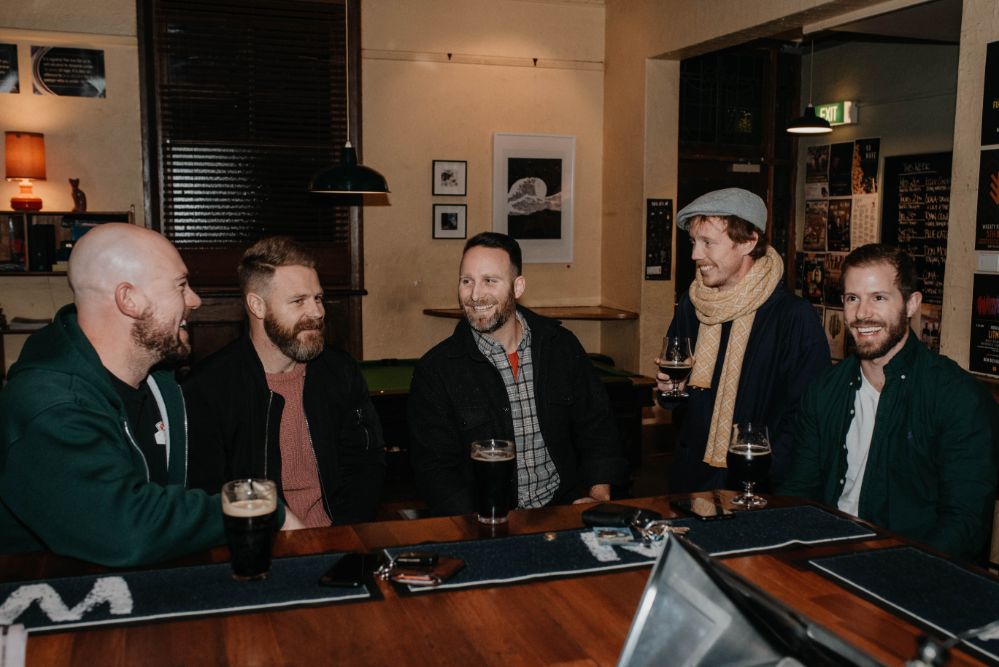 We chat with James, dadvocate and one of the founding members of local Adelaide Dad Support Group, about how having a support network of other fathers has affected his journey through parenthood. James encourages Adelaide dads to reach out to The Dad Support Group and come along, or check in with dad mates and find a time to get together and chat about all things fatherhood.

How long has your dad group been meeting?

The Dad Support Group has been around for a few years, some of the core members had kids nearly four years ago and caught up casually. The current iteration which includes new members, some first dads and soon-to-be dads, has been going a few months now. I think the regularity is a key aspect, it’s so easy to let dates and events slip past with kids because of competing schedules and the general madness of parenthood.

What have been the benefits of creating the group?

They’re bigger than I imagined. Men, typically like to interact side by side with a task to focus on. This gives us a bit of an ‘out’ when it comes to discussing anything of real depth. In this case, we come together with a single question or topic to discuss. It happens eventually, after a heap of chat about the usual (footy/life/work) and we often discuss a particular topic for an hour or more. It offers a platform to share, listen and discuss issues around being a Dad and a supportive partner. My kids are older than a lot of the fathers in the group and I think some of the biggest benefits have come to the guys who are new to being a parent, or about to become one. It’s great to pass some of this on, as this lived experience is so fresh for some of us.

What are the main things that shocked you when you became a father?

This was a topic of one of our chats actually! For me it’s happened slowly, but after having our second child I’d say how relentless parenting is. It’s very hard to find time for self-care and more structured opportunities are needed, otherwise you can really struggle.

What information would you give to expecting dads?

Not to listen to the Dads that feel it’s a rite of passage to freak them out with lazy comments like ‘what have you done?’ or ‘you’re in trouble now, mate’. I mean, I’ve said this stuff in moments of weakness but honestly, the advice I’d give is to be excited! Being a dad is the best thing that’s ever happened to me. I’d also say be super supportive and present during the pregnancy and beyond; the experience you have after the arrival of your first bub won’t come again, it’s the best time to indulge in the journey.

What do you think are the main pressures on modern dads?

Firstly, I’d like to say the pressures on both parties has increased and I don’t want to discount the experience of the modern mother. Having said that, I think there’s a lot more expected of modern dads in relation to child rearing and tasks within the household. This obviously takes away from the things that dads traditionally did to wind-down and decompress. I really think that we need to talk more about dads; their mental health, pressures, expectations and opportunities for self-care.

What is the best thing about being a dad?

The other day my three-year-old said ‘when I grow up, I’m going to get a step dad’, I’m not sure if she knows something I don’t, but we had a good laugh. I’d say the best thing is that regardless of the day you’ve had, be it work or even challenges with the kids, it can all be washed away by a single moment of love or laughter provided by the little ones. My kids are at an age where I get lots of affection and they say some hilarious stuff daily. I’ve never laughed so much or dished out and received so many kisses.

Have you come across any misconceptions about parenting?

I guess that everyone’s experience is the same. Before parenthood I probably would’ve assumed it was a pretty uniform experience, but sleeping habits, health of children and parents, location and support from family really changes your experience.

Have you seen a difference in yourself as a partner and a parent having a dads’ group to attend?

I think I’m feeling a bit more supportive of other dads and supported as a father. It’s also really crystallised my feelings on the merits of support for men and fathers