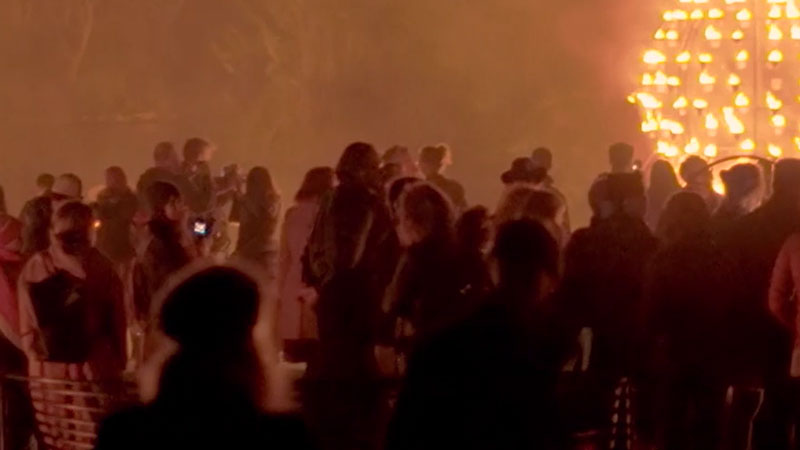 French artistic collective Compagnie Carabosse are renowned for their spellbinding illuminations of public sites all over the world, from Stonehenge in England to Moscow’s Kremlin Square, from Hue Bridge in Vietnam to Pont du Gard in the south of France. For the last 20 years, Compagnie Carabosse has transformed these extraordinary landscapes into mesmerising wonderlands of firelight, kinetic sculptures and live music. Their show at the 2018 Melbourne Festival sold out weeks prior and attracted over 30,000 visitors with a waiting list almost as long.
Now it’s Adelaide’s turn.

Over four magical nights the city’s Botanic Garden, already a charmed space once the sun has set, will become a dreamspace of mystery and revelation fashioned from thousands of individual flames.

Carabosse paint with the palette of fire – its colour, warmth, sound and scent; the stuff of our dreams and rituals for millennia. Their luminary alchemists create site-specific sculptured landscapes from nearly 7000 handcrafted giant candles. Strolling through them is a feast for the senses: fire sculptures that flicker and dance, urns that cause shadows to play and a soundtrack every bit as brilliant as the garden itself. Making your way through this dense and wondrous garden is both a personal journey full of surprises and a shared experience of elemental forces in full effect.

Come and wander the Adelaide Botanic Garden in the firelight this March.