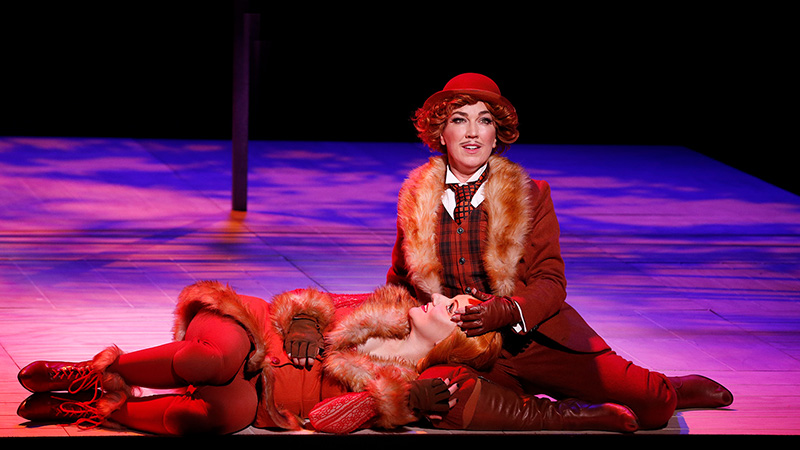 Adelaide’s Ridley Centre will come alive for three nights in May, when a charismatic and cheeky Vixen, a handsome fox and a colourful array of magical forest creatures take centre stage in State Opera South Australia’s Cunning Little Vixen.

Bringing together an incredible Australian cast – complete with a chorus of chooks and children dressed as grasshoppers, bees, frogs, caterpillars, crickets and dragonflies – Cunning Little Vixen is a musical celebration of nature and the cycle of life.

Directed by State Opera’s Artistic Director Stuart Maunder, this unforgettable theatrical experience will be held at Adelaide Showground’s Ridley Centre on Saturday 18 May, Thursday 23 May and Friday 25 May at 7.30pm.

“Cunning Little Vixen is the most joyous experience – it’s the only way to describe it,” Maunder said. “It’s about life cycles, renewal, growing older, and our relationship with nature. It really makes you feel great to be alive.”

“Vixen contains some of the most moving music ever written, vivifying life’s most profound and eternal truths.”

Set in an idyllic forest, Janáček’s opera follows a Vixen’s journey from youth to adulthood, where, with the help of her forest friends and a handsome Fox, Vixen faces growing up and the excitement and uncertainty that a changing world brings.

Accompanied by the Adelaide Symphony Orchestra, and featuring State Opera’s Chorus and Children’s Chorus, Cunning Little Vixen is a unique experience for audiences and a wonderful introduction to opera. The Adelaide season stars South Australian Desiree Frahn as the Vixen, and sees the return of award-winning soprano Antoinette Halloran to the role of Fox.

Maunder said Cunning Little Vixen was considered one of the great modern works. He said the rarely performed piece would take place in a non-traditional opera setting, which follows on from the company’s hugely successful Carmen in the Square event earlier this year, set in the City’s Victoria Square.