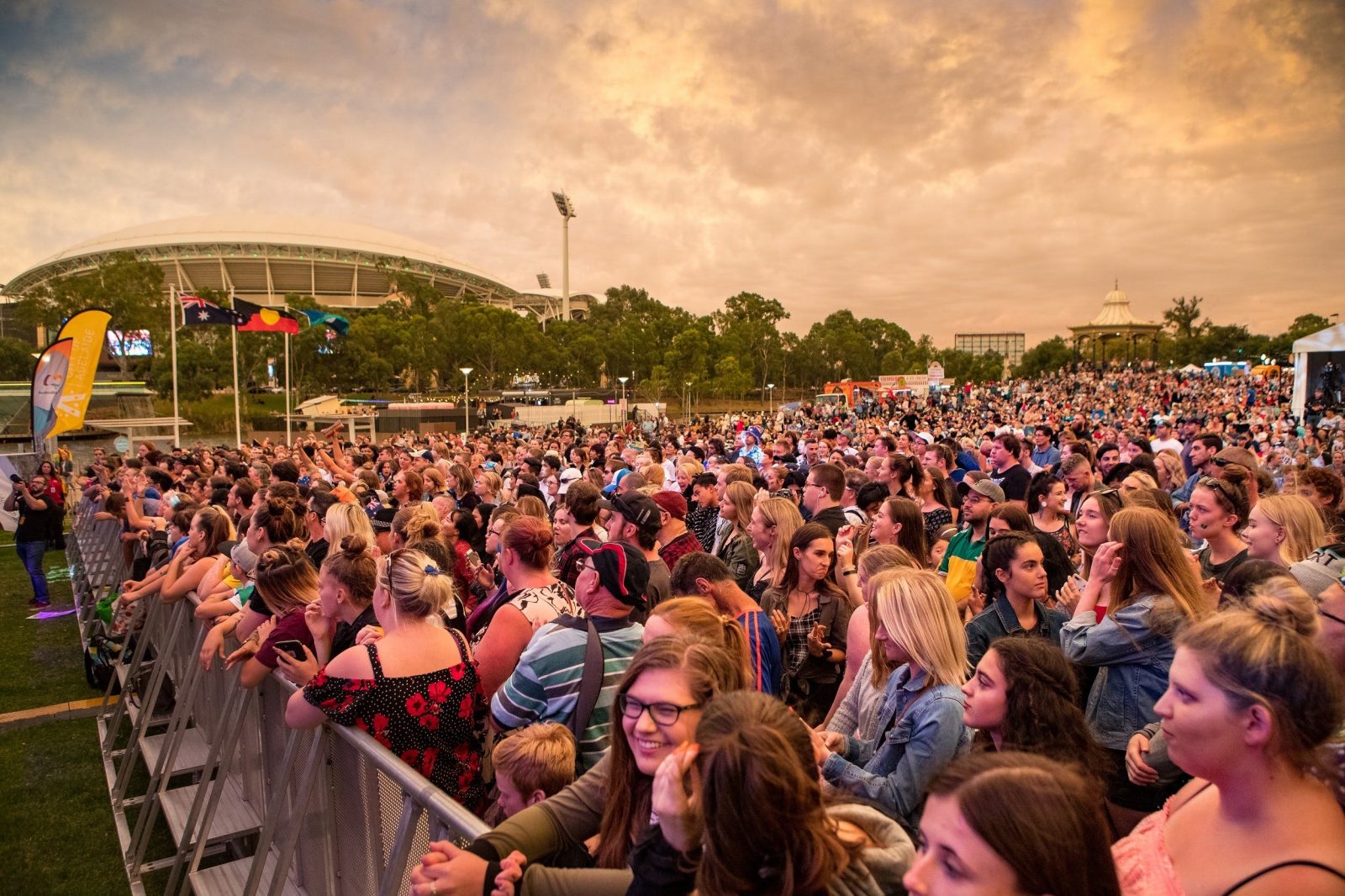 Australia Day In The City Parade

The event begins with one of the largest Australia Day Parade’s in the country from 6:00 pm, featuring more than 4000 people celebrating what they love about Australia and being Australian, coming together on the streets of Adelaide to showcase their culture and celebrate their communities. The Parade includes over a 100 community groups, vintage cars, horses, marching bands, a giant echidna, floats, giant characters and includes a fly past by an F-18 Hornet.

Following the Parade, join us in Elder Park for the FREE family friendly Australia Day Concert. More than 40,000 people join together in Elder Park to watch the concert which begins with a Welcome to Country given by members of the Kaurna Community. Following the Welcome to Country is a performance of the National Anthem, a Flag-raising Ceremony and a 21 Gun Salute and performances from Australian artists.

Proudly managed by the Australia Day Council of South Australia

Location: The University of Adelaide