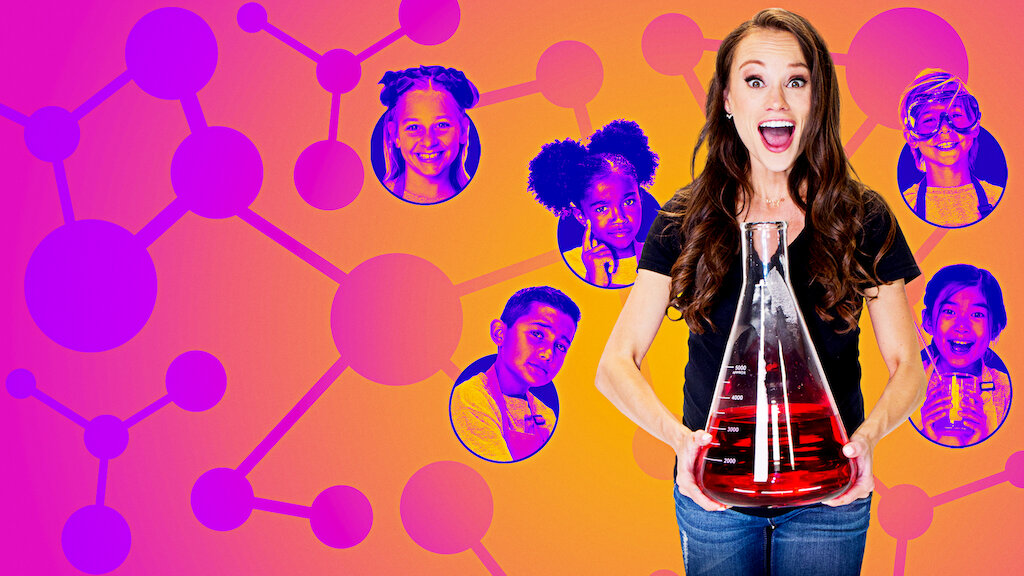 Science expert, engineer, space expert and host of Emily’s Wonder Lab on Netflix, Emily Calandrelli, pitched science shows to large science networks for years and was unsuccessful, receiving feedback that the “majority of our audience is male, so we just don’t know if they’d relate to a female host”.

Last year, Netflix picked up the show she had been pitching for so long, Emily’s Wonder Lab, and Emily filmed the whole thing 9 months pregnant. 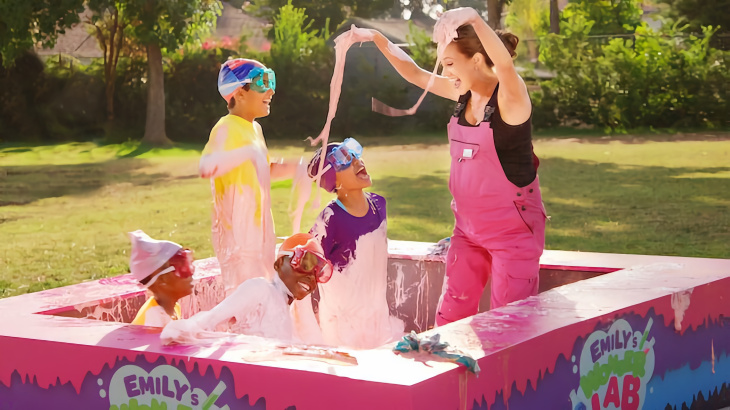 The new show’s first season of 10 episodes is now available to stream in its entirety, and each sub-15 minute episode focuses on STEAM topics and experiments that kids can do with their parents at home.

When Emily was one of 2 or 3 women in classrooms of 50 men, studying to become an engineer, she could only have dreamed that one day her daughter would be watching a show like Emily’s Wonder Lab, and on a greater scale, witness the changing of a demographic for her generation. 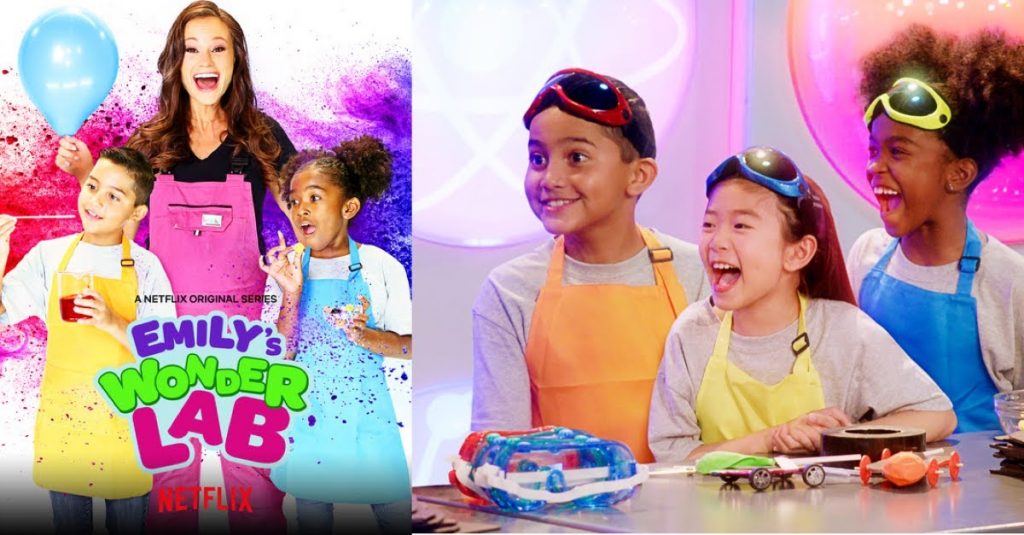 Emily hosts Emily’s Wonder Lab with 6 kid scientists, and each episode focuses on a theme, like “fluorescence” or “non-Newtonian fluids.” The science content is more geared towards kids age 5+, but the show is otherwise appropriate for younger kids.

Emily explains the theme and does a demonstration of an experiment to illustrate the concept. Then the kid scientists get to have fun with the concept by having a dance party on a pool of Ooblek or covering themselves in glow-in-the-dark paint.

Each 15-minute episode ends by Emily demonstrating an experiment that kid viewers can do at home (with their grown-up assistant’s help, of course!). The episodes are short, but they pack in a lot of information, and though it’s programming designed for pre-school aged kids, Emily’s Wonder Lab doesn’t talk down to kids like you might see in a lot of other programming aimed at the same demographic. 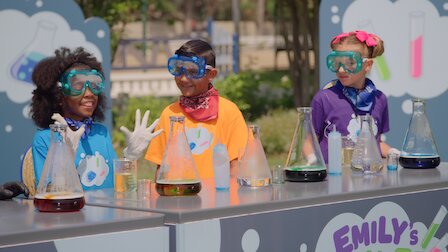 Emily is the science teacher we all wish we had as young kids. Her enthusiasm towards helping kids understand STEM topics is infectious, and she explains concepts in a way kids will understand without talking down to them. The kid scientists are super curious and excited about science. They also model that it’s okay to make an incorrect hypothesis, because that’s how scientists learn. Kids will love watching the really fun experiment demonstrations and will enjoy the kid scientists’ silliness.

The at-home experiments seem easily doable with grown-up helpers, but parents should note that many require supplies that you probably won’t have lying around at home.

This series is an excellent way to get kids interested in science!

Emily’s Wonderlab is available to stream on Netflix