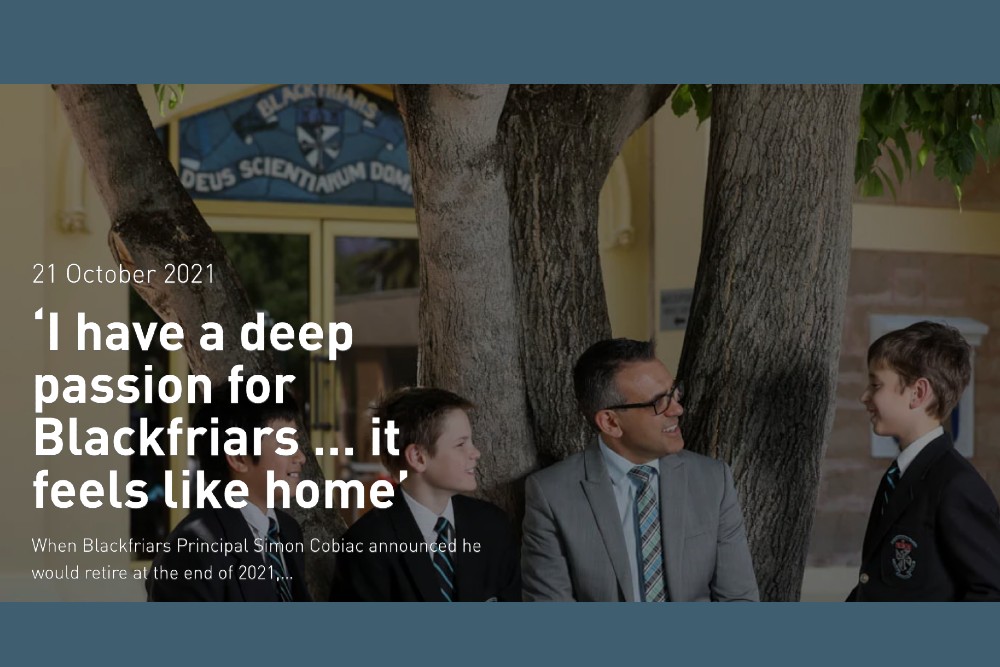 When Blackfriars Principal Simon Cobiac announced he would retire at the end of 2021, David Ruggiero knew he wanted to lead the school.

“Absolutely, there was no doubt,” said Mr Ruggiero, who will become Blackfriars’ 11th Principal on January 1, 2022. “I have a deep passion for Blackfriars, a connection, it feels like home.”

That connection runs deep – Mr Ruggiero is a Blackfriars old scholar, the school’s current Deputy Principal and his wife, Victoria, is a teacher in the Primary School.

But the father of two knew winning the Principal’s job would not be a fait accompli.

Announcing the appointment, Blackfriars Board Chair David O’Loughlin said Mr Ruggiero’s breadth of experience in education and exposure to a variety of teaching methods, school cultures and co-curricular activities were considered “great strengths”.

“Equally, his professional development … has been comprehensive,” Mr O’Loughlin said.

“His demonstrated appreciation of the Dominican search for truth and its application in education, his passion for the Catholic faith and identity of the school, his commitment to the fundamental importance of a vibrant and diverse co-curricular program, and his very positive track record of professional executive leadership … all served to strengthen the call for his appointment.” 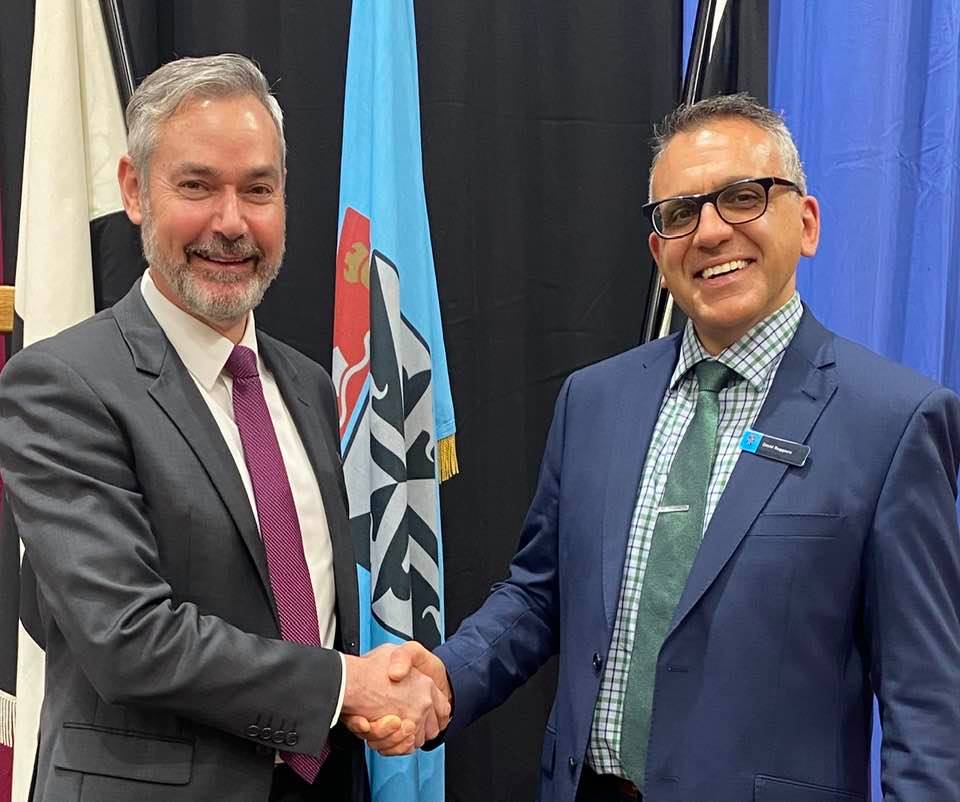 After exploring his vocation through time in the seminary, he returned to Thomas More College, as he felt called to education. Not long after, he became part of the school’s executive leadership team.

The growth to leadership was quietly inspired by the example of Mr Ruggiero’s late father, Andy Ruggiero; those qualities were formed early in life, guided by his father’s example of faith and integrity as a leader.

“Dad being involved in supermarket retail was a really significant influence in my life in leadership,” he said.

“Dad was chair of Tom’s/IGA Supermarkets for a quite a period of time (before the Foodland rebrand) and that sense of business and leadership was instilled in me from a young age from Dad. That really formed me … that life experience of being involved in a small-business family with strong Catholic values.”

During those years, he completed two Master’s degrees – in Religious Education and Educational Leadership and Administration.

He also spent four years working on a PhD, examining the relationship between mental health, spirituality, and staff professional formation. Currently, his PhD is on hold, as “life got in the way”, but those years of study gave him a much deeper insight into educational leadership.

In 2012, he returned to Blackfriars, first as Assistant Principal: Religious Identity and Mission (APRIM) and then, from 2018, as Deputy Principal (Secondary).

Mr Ruggiero, who still counted friends made during his years as a student at Blackfriars among his closest mates, said his leadership style could best be summed up in one word – integrity.

“Who I am is who I am. I’m a leader who is spiritual, reflective and collaborative. I see myself as empathetic to the needs of our community. And I love a laugh. I always have,” Mr Ruggiero said.

“And there’s a passion to make Blackfriars even better. I have the students at heart. The key aspect of leading a school is that you never forget the reason you’re here is for the students. Without thriving students, we don’t exist.

“I’ve have had the privilege of working closely with a variety of principals … and you see the impact of leadership on staff, students, families and the wider community. Education and the world around us are always evolving and we need to ensure we proactively adapt.”

Equally, the response to his appointment as Principal needed very few words:

“It’s been humbling, to say the least. I don’t think there’s another word for it.”

BLACKFRIARS GIVING BOYS AND GIRLS A HEAD START ON THEIR EDUCATION