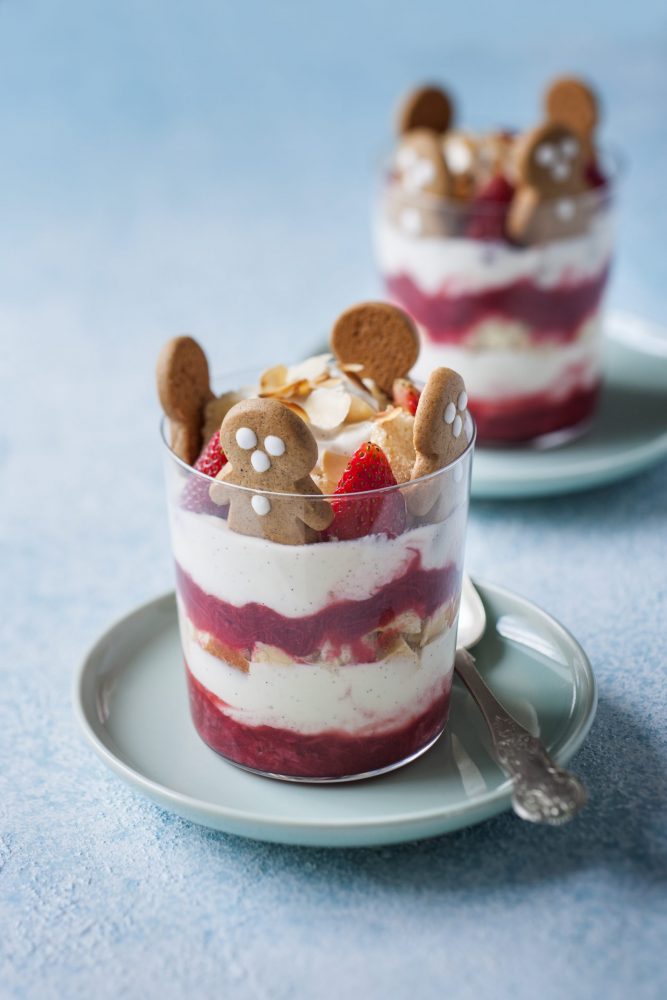 With Christmas just around the corner, there’s no better time to try these individual gingerbread trifles, created by the Adelaide Central Market!

For the stewed rhubarb, combine rhubarb, 250g strawberries and 2 tablespoons ginger cordial together in a medium mixing bowl, tossing until well coated. Heat a frying pan over medium heat. Add rhubarb mixture, cover and cook for 2-3 minutes, before stirring gently. Cover and cook for a further 2-3 minutes or until rhubarb softens and collapses. Remove from heat and allow to cool completely.

To finish, place 4 gingerbread babies around the top of each tumbler, with a half strawberry placed between each one. Evenly divide remaining brioche between the tumblers, placing in the centre. Drizzle 1 teaspoon of Cointreau over the brioche. To serve, place a final dollop of yoghurt on top and sprinkle over the flaked almonds.