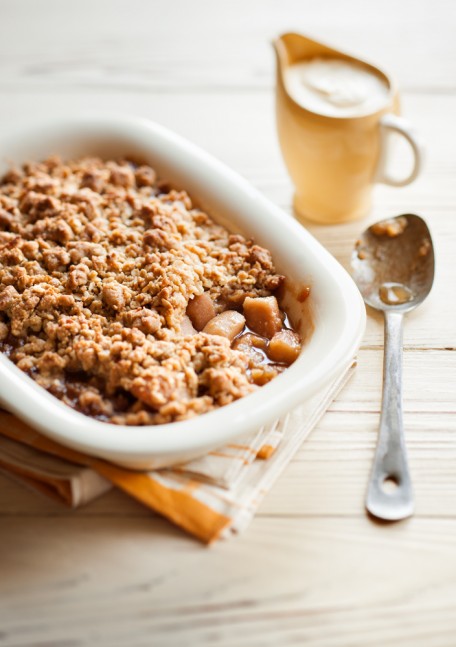 With the cooler weather on its way, there’s no better time for a winter warming dessert – and it doesn’t get much more delicious than this caramelised pear and ginger crumble from the Adelaide Central Market.

1. Preheat oven to 180°C (160°C fan-forced).
2. In a medium saucepan, place sugar, dessert wine & verjuice together over a low heat, stirring until sugar dissolves.
3. Bring mixture to the boil, before adding cinnamon, ginger & pear. Simmer for 4 minutes, then remove from heat.
4. For the crumble, rub the flour, butter, sugar, oats, coconut & ginger together until mixture is well combined & looks like coarse breadcrumbs.
5. Pour the fruit mixture into a large ovenproof dish or six individual ones & sprinkle over the crumble.
6. Place baking dish on an oven tray & bake in preheated oven for 30 minutes.