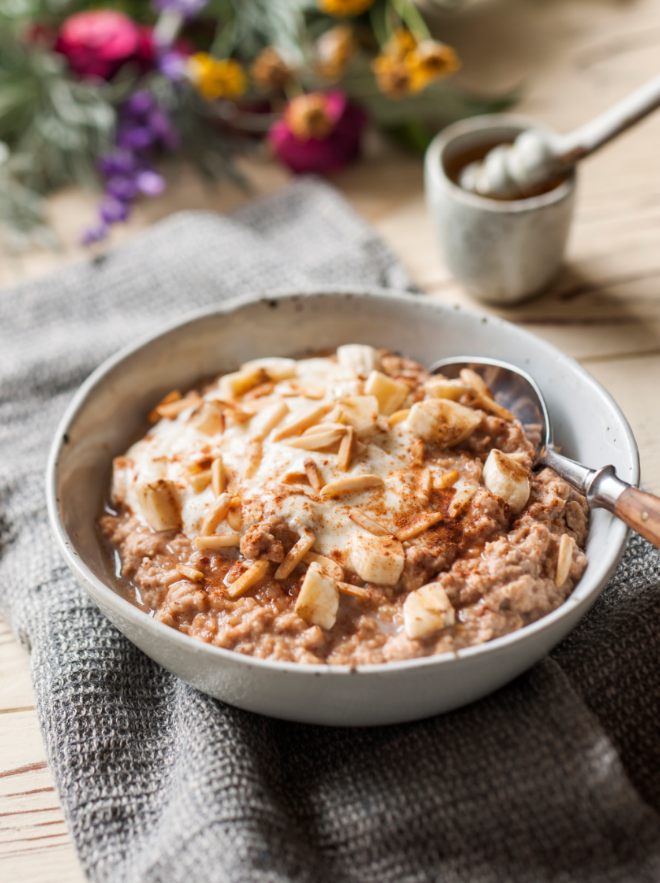 Preheat oven to 180ºC (160ºC fan-forced).
Place oats in a roasting pan and toast in the oven for 15 minutes, stirring occasionally.
In a large saucepan combine oats, ground almonds, rice flakes, milk, water, salt, 2 teaspoons cinnamon and half the banana over a medium heat, stirring constantly until the porridge boils and thickens. Remove from heat, cover and allow to stand for 5 minutes.
To serve porridge, divide evenly between 4 bowls and sprinkle the top with remaining banana, slivered almonds and cinnamon. To finish, place a dollop of yoghurt on top and drizzle with honey.