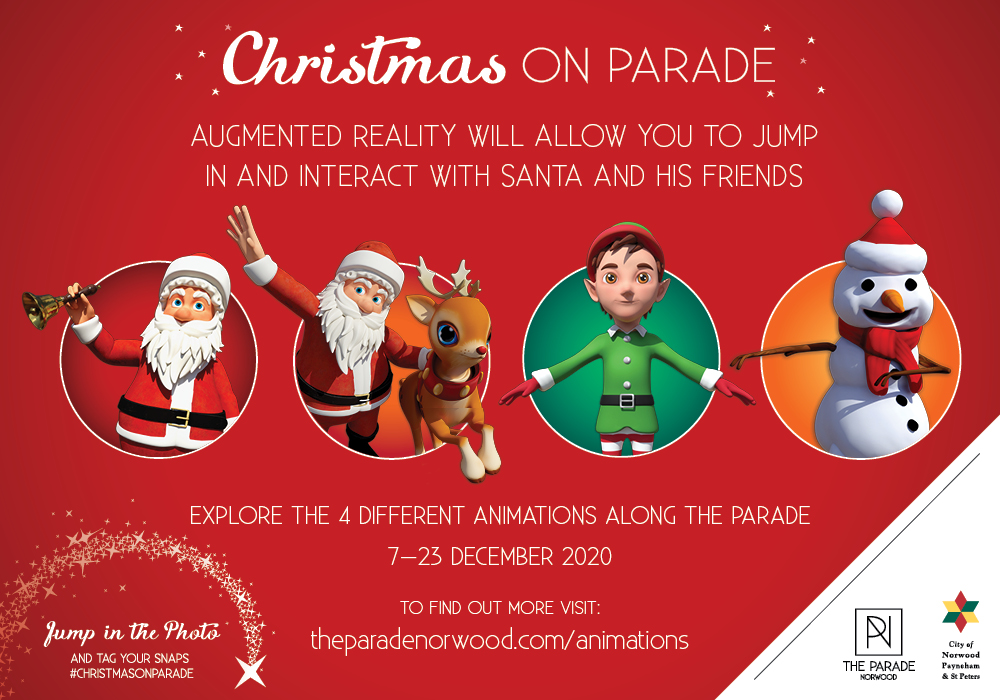 Santa and his friends might be isolating at the North Pole this Christmas, but they’ve made a special visit to The Parade, and your family can take part in an augmented reality Christmas Trail along the Parade to find them!

Just use your smartphone or smart device to discover fabulous Christmas Augmented Reality features on The Parade. 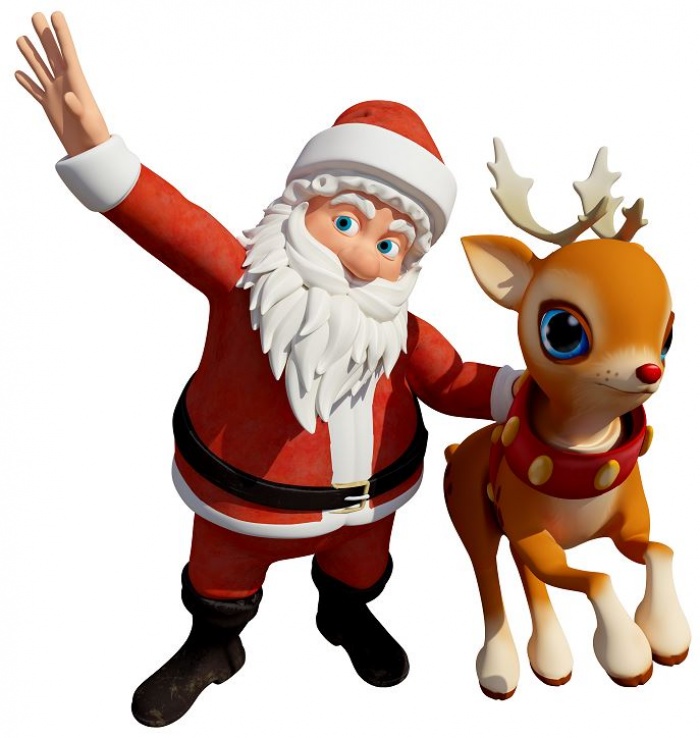 All you need is a smartphone or smart device to discover a whole host of Christmas characters (think cheeky elves, dancing snowmen and the big guy in a red suit himself!) hiding around The Parade.

Can you find them?

Take part in Augmented Reality on The Parade

Santa and his reindeer:
In front of Parade Central with the Norwood Town Hall in the background

Three snowmen dancing:
Corner of Queen Street and The Parade (north eastern corner) with the Odeon or the Bath Hotel in the background

Elf and a snowman:
Norwood Oval in front of the heritage board and to the west of the fountain with the fountain or rotunda in the background 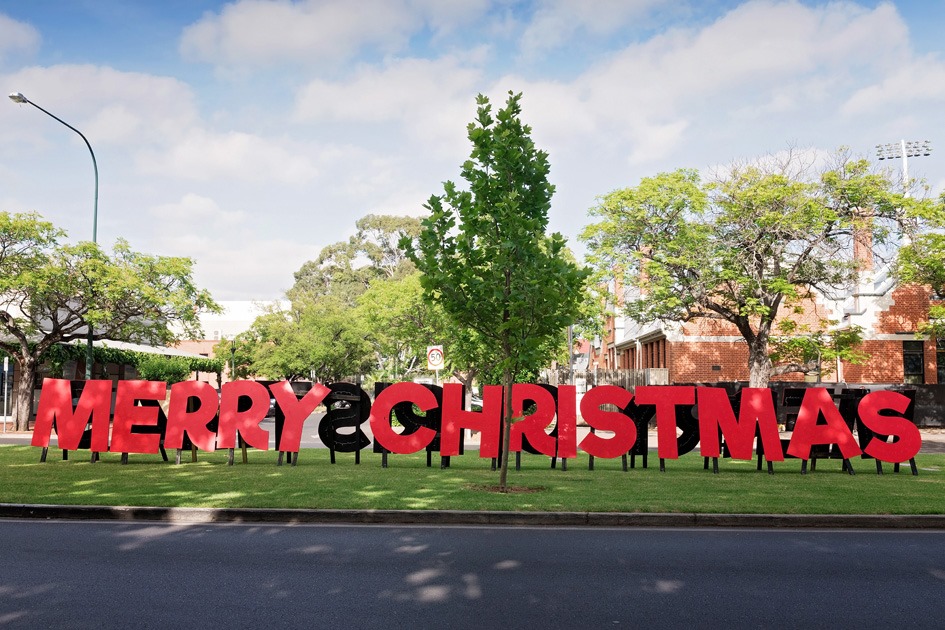 The City of Norwood Payneham & St Peters is the place to come together with family and friends and enjoy a range of events, attractions and activities this Christmas, including a digital advent calendar experience, Christmas Lights on The Parade and a Christmas movie viewing on Norwood Oval.

For more Christmas activities in The City of Norwood Payneham & St Peters: