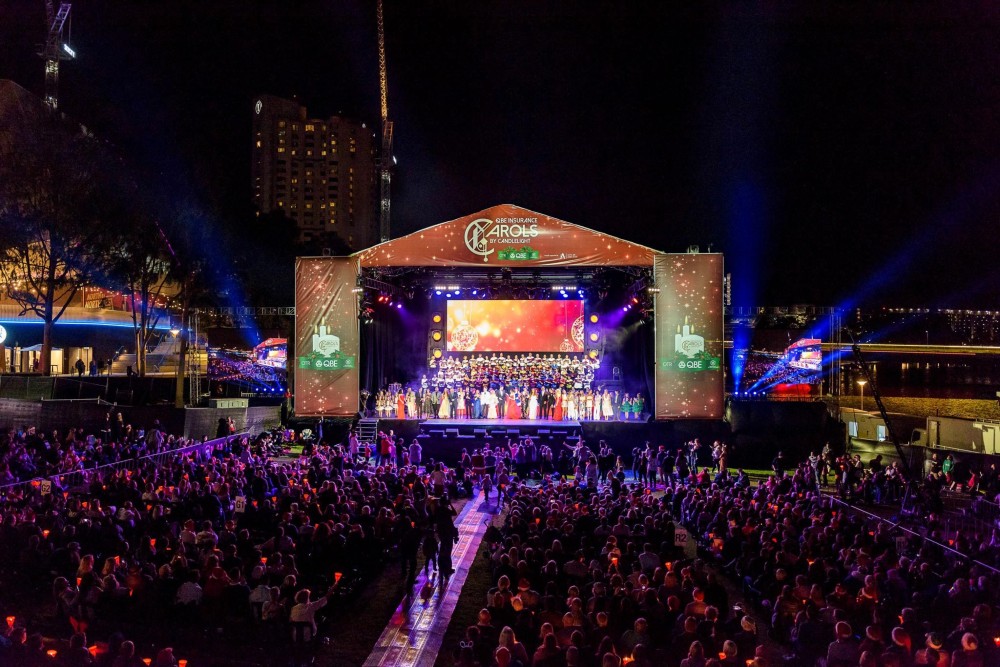 In 2020, we need festive Christmas cheer more than ever before, which is all the more reason why the cancellation of so many cherished Christmas events has been such a shame. But like with so many things in 2020, there’s always a PIVOT, and this year’s Carols by Candlelight are no exception.

The much-loved Christmas concert is adapting to the times of 2020, with a virtual celebration featuring performances from across Australia to be broadcast on Sunday December 13 on the Seven Network’s video on-demand service, 7plus.

It may not be at Elder Park like previous years, but Adelaide families will be happy to see 7NEWS favourites Rosanna Mangiarelli, Mark Soderstrom and Amelia Mulcahy, who are thrilled to be returning to co-host this year’s virtual event.

An all-star list of performers has been confirmed, with the likes of Dami Im, Troy Cassar-Daley, Isaiah Firebrace, Annie Jones and Amber Lawrence to headline the SeaLink Carols by Candlelight. One other iconic Aussie artist is still yet to be announced… so watch this space!

“Christmas is such a special time of the year and I feel privileged to be involved in the first ever SeaLink Carols by Candlelight virtual event! It will be a new Carols experience for me, but at least we still get the opportunity to come together in a different way,” says Dami, who won The X Factor in 2013 and represented Australian in the 2016 Eurovision Song Contest.

VIRTUAL EVENT WILL BE A 1 HOUR PACKAGE

The virtual event will be a pre-recorded 1-hour package, where some artists will invite viewers into their loungerooms and home studios, while others will perform from their label’s recording studios.

In addition to the news of a virtual Carols, the SeaLink Carols by Candlelight is also to be screened at four, Adelaide pop-up locations.

These venues have donated their spaces to allow carol lovers and families an interactive experience.

On the night electric candles will be given to all guests at each venue. There will also be entertainment for the little ones and a visit from Santa Claus, with offerings specific to each location.

Adelaide Town Hall will have an Eventbrite link for tickets going live next week where people can reserve their seats.

To attend the other three pop-up venues you will need to email tix@activetv.tv with your venue choice and number of tickets required.

The 2020 SeaLink Carols by Candlelight will available to screen on 7plus from Sunday, December 13.