9 weird and wonderful things to find on the shoreline 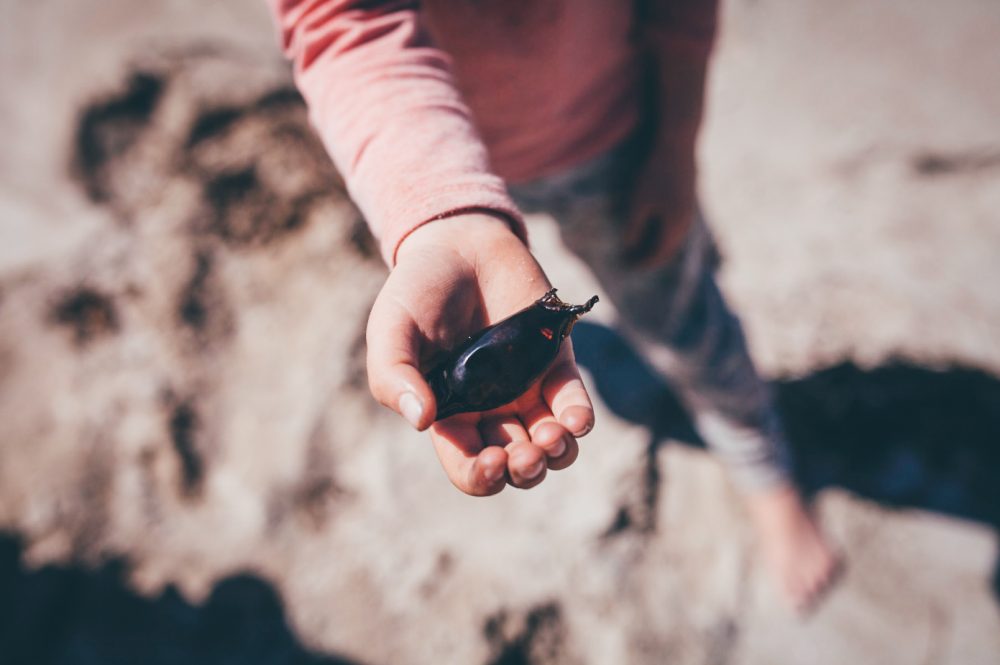 NATURE PLAY SA: 9 weird and wonderful things to find on the shoreline

Nature Play SA know a thing or two about finding things to do outdoors with the kids!

With six weeks of school holidays having just kicked off in Adelaide, there has never been a more important time to make sure families and children have plenty of time outside.

The team at Nature Play SA have designed three extensive lists which we’ll be sharing over the coming weeks to help spread the word these holidays.

These lists are full of all the info, local SA hot spots and activities, all with a coastal theme! 9 weird and wonderful things to find on the shoreline

Have you ever strolled along the beach and thought, ‘what on earth is that?’

I certainly do (often when I’m with my daughters and can channel my inner-Steve Irwin, turning ordinary finds into the extraordinary.) What sparks my interest is the many weird, wonderful, and diverse creatures that share our South Australian coastline. And all we need to do to discover them is to walk, take notice, and share the excitement of your finds. (Crikey!)

Here are some of the odd things that you might encounter on our coast:

This odd little treasure is actually a mass of tiny animals, known as ‘zooids,’ living together. They often wash up attached to seaweed, and vary in size and colour. If you find weird washed-up masses, they’re quite likely to be Ascidians. You’d be forgiven for thinking this was the limb of an alien. In fact, it is another type of ascidian, commonly called a sea squirt. The ‘squirt’ refers to how these creatures take in water in one entrance and expel it out of another, as waste!

Yes, these look like cucumbers – except – they move! Occasionally, you’ll discover them washed ashore, but they usually live underwater on the seafloor. When attacked, they have a unique and somewhat repulsive defence mechanism – they can violently squirt some organs out of their body and later regenerate them. Cool! Squid eggs are strange, finger-like masses from the Southern Calamari Squid, a common species caught by fishers. The egg masses can be the size of a dinner plate, and wash up after storms. Every so often, you may find a detached finger!

5. SHELL WITH A DRILL HOLE

Have you ever wondered if someone drilled perfect little holes into shells? I have (but maybe that’s because I’m into being a beach detective.) It’s actually from a Moon Snail, whose tongue (radula) is like a cross between a drill and a chainsaw. It feasts by drilling into the unsuspecting shell and sucking out the insides. (Ouch!) Commonly mistaken as jellyfish, these harmless little clear-sausages hold thousands of eggs in their jelly mass. They belong to the nocturnal Moon Snail (described above), which emerges at night and hunts for shells to drill into and feast upon. This little fellow is a master of camouflage, and covers its body with pieces of seagrass and seaweed, hoping to fool predators.  Although not commonly washed ashore, they shed their shell (‘carapace’), which can occasionally be found by a lucky explorer.

The name ‘Mermaids Purse’ creates a magical quality to this washed-up treasure. Who are these mermaids, and where do they live? It is actually the egg case of a type of catshark. When the egg is laid, it has twining tendrils on each end that are usually gone by time it washes up. While it may be sad and somewhat gruesome to find a sea star arm, never fear – many sea stars lose arms and grow them back (such as the Eleven-armed Seastar pictured). Another strange sea star adaptation is that when eating prey, their stomach must first come out of their body before they digest the food.

A note to all explorers: it is important to look after and conserve creatures on our shore by observing them, rather than touching or disturbing them. With all environments, it’s best not to touch things you are not familiar with as some things are poisonous. Most importantly, be curious, and have fun!

Discover why #ItsBetterOutside these school holidays with more handy tips and ideas for families at Nature Play SA.