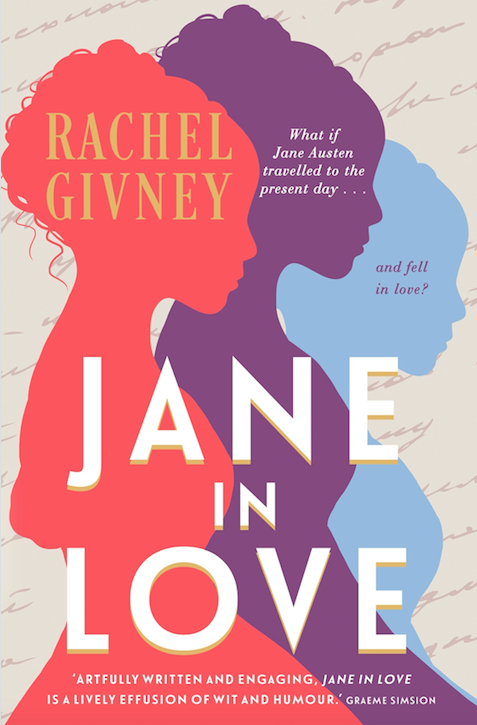 At twenty-eight Jane Austen should be married, yet all she wants to do is write … but in 1805, she can’t do both. While trying to please her family in the quest to find a husband, she magically appears in the present day. Jane humorously grapples the modern world, forges a friendship with a famous actress named Sofia and ultimately falls in love with Sofia’s brother, Fred.

Jane also learns that she has become a published and world- famous author.
However as Jane’s romance with Fred strengthens, her existence in the literary world starts to fade. Jane, with the help of Sofia, must find a way to stop herself disappearing from history before it’s too late.

A modern-day reimagining of the life of one of the world’s most celebrated writers, this charming romance offers a new side to Jane’s story, which sees her having to choose between true love in the present and her career as a writer in the past.

This is the first novel for writer and filmmaker, Rachel Givney, who has previously written for TV, including shows such as Offspring and McLeod’s Daughters. She proves she has talent to write lightly and wittily about the heart. You don’t have to be an Austen fan to enjoy this, but Austen enthusiasts will love it. A breezy summer read.

Available from February 2020 from Dymocks Hyde Park and Online